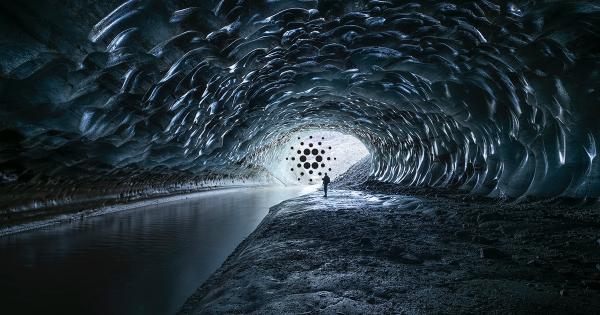 Photo by Vincent Ledvina on Unsplash

Speaking at the third BlockDown conference, Charles Hoskinson, the CEO of IOHK, looked back at the way his company approached designing Cardano. Noting that IOHK, despite what many may think, is first and foremost a research and development company, he explained that they saw Cardano as a blank slate and began by asking the most fundamental questions first and using the answers to create a solid mathematical foundation for a secure and scalable network.

Looking back at IOHK

Riding on the wave of the incredible popularity it saw last year, Block Down started off its third annual conference on Oct. 22, hosting a slew of high-profile guests from every end of the crypto industry. The two-day virtual event opened with an interview with Carles Hoksinon, the founder and CEO of IOHK, the company behind Cardano.

With the work on Voltaire, Cardano’s governance era, now in full motion, and Shelley being out almost five months, Hoskinson had a lot to discuss regarding Cardano’s technical updates and the behind-the-scenes work the teams have been doing in the past several months. However, with the regular updates from IOHK covering all of the technical details regarding the blockchain, Hoskinson used the time to present the long and tiresome process that went into designing Cardano.

The first mystery debunked during the interview was IOHK itself and what it does.

Hoskinson made it very clear at the very beginning that defining IOHK as a “crypto” company was a mistake. IOHK, first and foremost, is a philosophy-based and mission-oriented research and development company. The goal of the company is to create decentralized systems and set them up in a way so that they can become self-sustaining in time.

While IOHK’s flagship product is Cardano, the company also does a lot of contracting on the enterprise side—everything from management systems to supply chain systems.

Most of the work the company does, Hoskinson explained, tends to be agnostic. This means that while the ultimate goal of anyone of its products isn’t to exist on Cardano, a part of them will be deployed on the network. This doesn’t mean that the company is patting itself on the back, though—Hoskinson noted that the only reason this is done is that few other networks exist that can support the products it launches.

“I never thought we’d come so far,” Hoskinson said in the interview.

What started as an experiment with two people has turned into a global company with 250 employees across 40 different countries, 4 research labs, and over a million lines of code behind it. As of 2020, the entirety of IOHK’s work is open-source and the company has no intellectual property monetized and no patents filed.

How a company like this gets funded was one of the questions that popped up during the interview, as many compare Cardano’s open-source nature to that of Linux.

“My company is 100 percent revenue-driven,” Hoskinson said, adding that they explore “many different forms” of currency. “We have a whole division in the company that thinks about that.”

Aside from the commercial contracts the company has with various enterprises, IOHK is also partly funded by government grants. For example, the company acquired funding from the European Union’s Horizon 2020 research and innovation program at the beginning of the year to explore uses for distributed ledger technology (DLT).

Hoskinson believes that his careful and calculated approach to building things as complex and new as blockchains is one of the things that made Cardano what it is today.

He explained that IOHK tends to look at the things it builds in generations. Bitcoin, for example, is considered to be a first-generation blockchain that sought out to find out will decentralized technology work at all. There were no grand illusions behind the project, just lines of code trying to prove a theory that digital money can actually exist.

The minute that Bitcoin got big, Hoskinson went on to explain, people realized they wanted more from blockchains—things like programmability and scalability. This is where Ethereum, or the second-generation of the technology, came in and made a revolution in the industry.

However, even the more advanced iteration of the technology came with a set of flaws.

Hoskinson explained that Ethereum suffers from a problem that’s very hard to resolve, which is that it hosts thousands of decentralized applications whose systems are all replicated. This means that if Ethereum can’t scale, none of its dApps can. What he believes the industry needs is a system that gains resources as it gains users and performs at the same level regardless of the number of people using it. Interoperability will also be one of the defining characteristics of a decentralized system that services into the future.

And most importantly, this system needs to be sustainable in the sense that it needs to be crystal clear who pays and who decides to everyone using it. A big decentralized system that nobody’s accountable for makes for a poor pitch both to enterprises and governments.

But, creating an infinitely scalable system isn’t the only solution to this.

Hoskinson noted that history has shown that once a network scales enough, disagreements on where it should go are bound to occur. In the past, this has led to forks, with the likes of Bitcoin Cash and Ethereum Classic separating from the much bigger Bitcoin and Ethereum.

Problems like these can’t plague a real-life system that plans on becoming an actual alternative for an economy, he said.

That’s why, back in 2015, IOHK took a blank slate approach to Cardano’s design and began by disassembling the system to its most basic components. The process began with a simple, yet wildly underrated question—what is a blockchain? The company hired a handful of scientist that used complex mathematics and formal methods to define this and hundreds of other fundamental definitions of the technology.

After spending a few years implementing the solutions derived from these methods, IOHK launched Byron, the first phase of Cardano. Shelley, the era of Cardano that brought about staking, was launched earlier this summer, which means that the company is now knee-deep in Voltaire, the blockchain’s governance era.

The importance of doing blockchain interoperability the right way

All of this, according to Hoskinson’s interviewer, sounds like Cardano is trying to have the best of both worlds—create a self-sustainable, future-proof decentralized system that other systems can use as a foundation while staying flexible.

Hoskinson agreed with this, adding that IOHK believes that it’s of the utmost importance that a blockchain needs to be done right the first time. A strong foundation with an elastic structure means that both the company and the end-users will end up with a much stronger suite of tools to use. It also enables the company to focus on its business model instead of maintaining the network.

To further explain the importance of strong foundations, Hoskinson used the example of the Lightning Network. The second-layer solution to scaling the Bitcoin network is considered by many to be the best of both worlds, bundling up transactions to increase Bitcoin’s throughput.

“Lightning is a beautiful idea,” Hoskinson said. “But Bitcoin doesn’t accommodate it.”

He explained that a huge problem arises at the very core of the network, as Bitcoin as a protocol isn’t aware that a Layer-2 solution exists. When it was being designed, no mechanism was built into Bitcoin that would even acknowledge the existence of another layer on top of it, let alone be able to interact with it more smoothly.

Cardano, on the other hand, has a built-in protocol that effectively solves this problem—Ouroboros Hydra. The off-chain scalability architecture addresses three key scalability challenges—high-transaction output, low latency, and minimal storage per node. Aside from enabling the network to handle up to 1000 transactions per second, it can also be used to talk to other networks. This means that by utilizing Ouroboros Hydra, Cardano can easily communicate with Bitcoin through its Layer-2 solution.

At the practical level, IOHK has already begun talking to developers from all ends of the crypto industry. Hoskinson noted that a large number of developers have begun moving away from a “single-chain” mentality and are embracing a multichain mentality. This is especially true when it comes to Ethereum, with Hoskinson revealing that the company has talked to many people that want to transition their projects to Cardano.

Cardano’s ERC-20 converter is set to see its first demonstration in the weeks to come, Hoskinson revealed.

In a bid to tone down the animosity that tends to spring when it comes to chain migration, Hoskinson ended the interview on a rather positive note. He said that he was looking forward to the industry coming together to define a set of standards that can be implemented across a wide array of projects and give the industry the maturity and recognition it deserves.

“Ouroboros: A Provably Secure Proof-of-Stake Blockchain Protocol” has made it to the topmost cited security papers list.

The second-ever Cardano fund is in full effect, with three of the dozens of projects now competing for a part of the 2 million ADA fund presented on the Cardano Effect podcast.

In his latest YouTube video, Charles Hoskinson, the CEO of IOHK, explained the lengthy process behind ensuring accountability to funding on Cardano.