The ultimate bull case for Bitcoin: what could push it beyond a trillion-dollar market cap? Joseph Young · 3 years ago · 2 min read
News › Bitcoin › Analysis

As said by industry executives like Xapo CEO Wences Casares, many investors in the crypto sector believe that Bitcoin will either hit zero or surpass a trillion-dollar market cap in the long term. 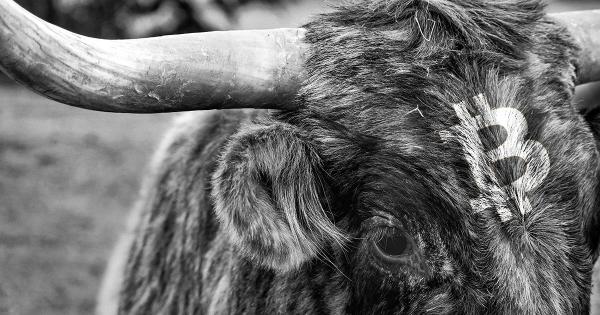 As said by industry executives like Xapo CEO Wences Casares, many investors in the crypto sector believe that Bitcoin will either hit zero or surpass a trillion-dollar market cap in the long term.

Long term price predictions of industry executives vary from $100,000 to even $1 million and according to Byrne Hobart, a consultant, and analyst, Bitcoin will need to become an established safe haven to achieve a trillion-dollar market cap.

Due to its fixed supply, only 21 million bitcoin can ever exist, with analytics firms suggesting that more than 20 percent of it could be permanently dormant or lost.

For Bitcoin to reach a trillion-dollar market cap, the price of BTC has to surpass $47,619, and in late 2017, BTC came close to achieving a half a trillion in market cap.

In essence, Hobart noted that Bitcoin would need to evolve into a widely acknowledged safe-haven asset, see its value rise as a result, which would bring more stability to its price and lower its volatility over time.

“If you think there’s a nonzero chance that Bitcoin will become a safe-haven, you have to buy the argument that it will become a major one. The drawback Bitcoin has relative to gold is that gold is more valuable and more stable; if Bitcoin rises in value, that solves one problem; if that rise in value is because asset allocators and central banks are allocating some of their rainy-day money to Bitcoin, it should be more stable.”

Bitcoin comes closest to gold as an investment as it allows investors to store value or wealth on a network that can easily move money in an efficient peer-to-peer system.

Gold, however, is hard to transport especially overseas because of its physical characteristics, which may make BTC more practical as a safe haven asset for a broader base of investors. Hobart said:

“In the near term, Bitcoin fits into the gold framework. Its supply is limited, by design; it doesn’t produce a return, so its opportunity cost is low when rates are low, but in the event that inflation accelerates, the lack of additional supply should cause it to outperform.”

But, BTC still has to demonstrate signs of a safe haven asset to attract asset allocators and institutions, and its lack of inverse correlation with the equities market indicates that it remains a new asset in the early growth phase.

A part of the high anticipation towards newly emerging regulated products like Bakkt is that it would further strengthen the infrastructure supporting bitcoin and cryptocurrencies in general.

A more robust infrastructure would reduce risks, specifically related to security, for larger investors that would make BTC growingly appetizing for investors.

The Xapo App is a mobile Bitcoin and multi-currency wallet that combines convenience and industry-leading security for managing your Bitcoins and sending money to friends and family instantly all over the world.. Learn More