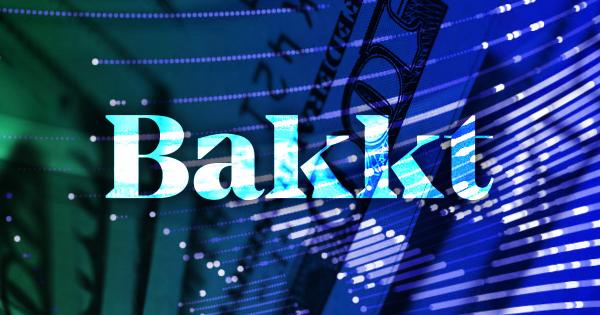 Bakkt’s Chief Operating Officer Adam White made the statement at Coindesk’s Invest conference in New York this week according to YAP Global, stating that the InterContinental Exchange-owned firm intends to launch cash-settled contracts before the close of the year.

The move will come to some as a remarkable about-face for a company that campaigned on bringing “trusted price formation” to the cryptocurrency market with its flagship physically settled BTC contracts, launched in late September, and took the name “Bakkt” in a nod to its products being backed—physically settled—in contrast to its cash-settled competitors.

Those concerned about the potential for a total deviation from the firm’s purported intention not to “create a paper claim on a real asset” may find comfort in one detail of the plan, however—the cash-settled offering will reportedly draw its price from Bakkt’s physically-settled BTC index.

Bakkt’s physically settled futures launched with a fraction of the volumes than that seen on the 2017 debut of CME’s cash-settled contract (widely considered to be the benchmark for institutional interest in Bitcoin and Bakkt’s initial competitor,) and yet the firm has since reported consistent gains in trade volume, having last week crossed $1 million in open interest.

Now, however, the firm seems to be fixed on outmuscling CME with its own cash-settled product and consolidating power to become the one-size-fits-all institutional trading venue for Bitcoin.

Such a strategy would explain the plans to offer cash-settled contracts as well as a number of recent moves. On Monday, White announced that the New York-based company had opened up its custody solution to any institutions looking to store Bitcoin, in a bid to expand “access to the global economy by building trust in and unlocking the value of digital assets.”

This mission statement may ring true when it comes to Bakkt’s more long-standing ambitions, having taken on corporate giants including Starbucks and Microsoft as inaugural investors apparently in order to accelerate the global adoption of “digital assets.” And yet, time will tell if Bakkt’s original intentions—about preserving the integrity of Bitcoin—will outweigh the desire to dominate the institutional cryptocurrency market as quickly as possible.

YAP Global is an international PR and communications firm that works with meaningful fintech, blockchain and cryptocurrency projects with stories they believe should be heard on the global stage.. Learn More