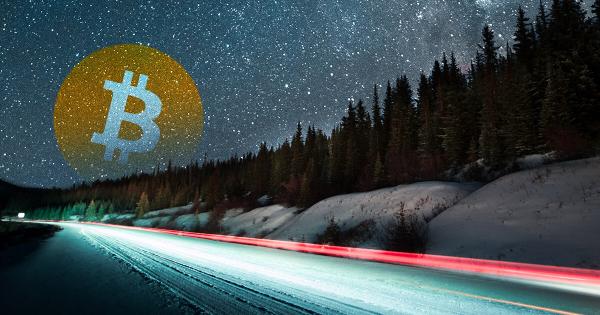 Bitcoin and the aggregated crypto market incurred a steep and widespread sell-off today that came about after a brief consolidation period. BTC has been able to recover slightly from its intraday lows, although it still appears to be in a precarious territory.

The cryptocurrency is now nearing its parabolic trendline, which has historically catalyzed explosive price movements. One analyst is also pointing out that several technical indicators further support the notion that Bitcoin’s price may soon post an upward movement.

At the time of writing, Bitcoin is trading down just under 2 percent at its current price of $8,390, which marks a steep decline from its daily highs of $8,700 and a slight climb from its daily lows of roughly $8,000 that was briefly tapped during the sell-off incurred earlier today.

The strong buying pressure at $8,000 is a bullish sign for the cryptocurrency’s bulls, as many analysts had previously noted that BTC was likely to touch its upper-$7,000 region before finding enough buying pressure to cause a noteworthy bounce.

Options data from blockchain analytics group Skew does seem to suggest that Bitcoin will see further downside throughout the rest of November, and also points to the possibility that it may not see a bullish market structure pivot until Spring of next year.

Although Skew’s data may point to Bitcoin experiencing lackluster price action for the coming several months, TrueCrypto28 – a popular cryptocurrency analyst on Twitter – noted in a recent tweet that he believes multiple technical indicators signal that BTC is gearing up for a massive movement.

Assuming that history rhymes, BTC may soon post a massive movement that sets the tone for how it trends throughout the rest of 2019.

The number of open BitMEX Bitcoin futures contracts (XBTUSD) tends to peak at around $1 billion, or 100,000 BTC.

Bitcoin has been facing steep selling pressure over the past 24-hours that has marked an extension of that which was first incurred when it broke below $9,000 earlier this month — a previous support level that BTC bulls had been ardently defending.

Despite the high volatility seen across many altcoins, especially those based in China, the rest of the market is holding steady without much action.