The Fight For Democracy in the Crypto Space 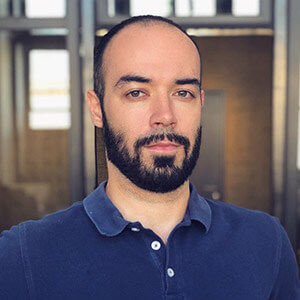 Democracy has been a core pillar of society since the days of the ancient Greeks. Still, it has never abated, but merely adjusted and evolved. The idea that the majority have the overall and final say over their civil lives is an important and fair governance system.

As this political system is founded on a resistance to centralization and unfair control, it has naturally become an important part of blockchain protocols. Governance of blockchain, especially when it comes to proof-of-work and delegated proof-of-stake, is based entirely on democracy.

However, democracy is not the be all, end all in blockchain. There are a few ways to bend this governance system, and we are now seeing a worrying new movement emerge in the blockchain space, one with a far more radical and exclusive evolution of the technology, rather than an inclusive and egalitarian one.

Blockchain users want a fair technological democracy, driven by people but translated onto the blockchain. Every single user should have influence over a project’s development, not only based on their stake, but also on their involvement, contribution and value they create for the network. It should not just be the core team, such as the CEO, CTO and top stakeholders, which make key decisions relating to a project’s progress and journey. In this way, blockchain companies should not be tech elitist but 100 percent democratic. This is how we drive forward mass-adoption and honor decentralization.

Francis Fukuyama wrote that democracy was the final form of human governance. In his book, “The End of History and the Last Man,” he suggests that it is more likely to see a radical individual become a Democrat, rather than the other way around. However, time has proved Fukuyama wrong.

Fukuyama claimed that Western liberal democracy is the final form of human governance and the “end point of mankind’s ideological evolution,” leading us to believe that democracy cannot be further improved or refined.

Yet the blockchain space has become a rapid microcosm of how democracy can evolve past its traditional and widely utilized state. Blockchains in their original form, such as Bitcoin with its proof-of-work (PoW) algorithm, proved to be truly democratic, as crypto-anarchists worked together in communities to reach consensus without the need for leadership.

Anyone who supported the Bitcoin network early on was given a chance to gain more coins through the PoW algorithm. Miners received a fair reward for sustaining the network–a fair reward for fair effort.

This was later done differently, but while honoring the same core principles; Dan Larimer proposed and implemented the delegated proof-of-stake (dPoS) algorithm, such as in EOS, which was based on was voting and democracy. EOS’s developers say that by delegating the responsibility for processing transactions to just 21 “block producers,” which are to be elected by the community of token holders, the system will be able to achieve thousands of transactions per second (compared with just 15 transactions per second for rival Ethereum).

These basic principles of democracy in PoW and dPoS are systematically enshrined to enact a fair system. However, through the nine years of blockchain being in existence, the space has degenerated to radicalism. Even in the newer dPoS system, we are already seeing a movement away from democracy, counter to what Fukuyama predicted.

A Threat to Blockchain’s Democracy

The democratic foundation of blockchain comes from an important key feature of cryptocurrencies in general–decentralization and the removal of centralized authorities.

Bitcoin is leaderless, as no one knows who its creator Satoshi Nakamoto is.

Yet most, if not all, blockchain projects have leaders, and this poses a serious threat to its democracy. Bitcoin Cash is led by Jihan Wu and Roger Ver, who are dominant players in the industry, while companies like Ripple have CEOs who control its supply. Vitalik Buterin as Ethereum’s creator has a lot of weight in the community, influencing its development.

Yet Buterin himself has explained the importance of blockchain’s democratic values. He advocates a restructuring of the political and social systems, of finding ways to harness markets and technology to “radically decentralize the power of all sorts and shift our reliance from authority.” In this way, he says, blockchain offers a technological solution to fighting powerful monopolies which govern our digital economy and financial systems.

Blockchain’s inherently democratic structure is also under threat by radicalization. Josh Zerlan, VP of Product Development at Butterfly Lab, reminds us that the thousands of Bitcoin miners around the world collectively processing transactions also have the ability to accept or reject transactions. An individual miner can refuse a transaction, which may not corrupt the system as another miner will process it.

Additionally, among many cryptocurrency communities exist “whales”–individuals or collectives that own a lot of coins, with a disproportionate amount of stake or power over the network. We have witnessed the manipulation of the entire crypto market over the past year alone, undermining Bitcoin’s value with speculation and greed. Bitcoin’s price has dropped 70 percent since its dramatic high in December, proving that those who own enough coins represent a worrying influence.

A blockchain’s user should instead have equal influence with these whales, or even greater power than them all together. Anyone who actively contributes to a project should be granted with equal influence that is merit-based, rather than capital-based.

Some projects take the grassroots movement seriously and build fair decentralization right into the core of their products. Telos is a prime example of forking the code of EOSIO and starting their own network with a hard cap on the asset distribution—40,000 Telos coins at the network genesis, which is a sharp contrast to the uncapped EOS mainnet.

We can also build and run decentralized applications (dApps) on any live network, but this requires a network’s native coin. Traditionally, one would have only two options to get these coins—receive them as a reward for producing blocks on the network or purchase the coins on an exchange. This system is widely used in crypto and may seem fair; however, it excludes those who don’t have the capital to jumpstart their dApp. Instead, we can reach out to anyone with a computer who wishes to become part of the network.

We can reward them for the content they generate for the blockchain network based on its quality and usefulness. Their contributions are evaluated and upvoted by the community, and the content creator is compensated with coins. This content evaluation is also a dynamic one, as upvotes are not only weighted but time-sensitive; if a community member’s status is weighted positively, over time this weight fades if they don’t keep producing value for the network, encouraging and rewarding users for their active participation.

There is indeed a fight for democracy in blockchain. The grassroots movement and drive is there and it’s strong–new projects creating their own consensus algorithms with the objective of fair distribution and voting rights. We need to create and support this new counter-movement–the true decentralization and democratization of blockchain protocols. Otherwise, we risk losing the entire blockchain space to a radical, anti-democratic system, dishonoring Satoshi’s vision and allowing monopolized, centralized governing systems to live on through his blockchain.

Built on the U°OS blockchain, the U°Community platform allows you to create content, interact with people, run your business and even build dapps without leaving the ecosystem. A user's reputation is weighted by the quality of their actions and contributions to the platform, which are voted upon by the community.