StormX introduces rewards program, users get 87.5% crypto back on purchases

StormX, a gamified microtask platform that allows users to earn cryptocurrencies, has announced the launch of its rewards program. 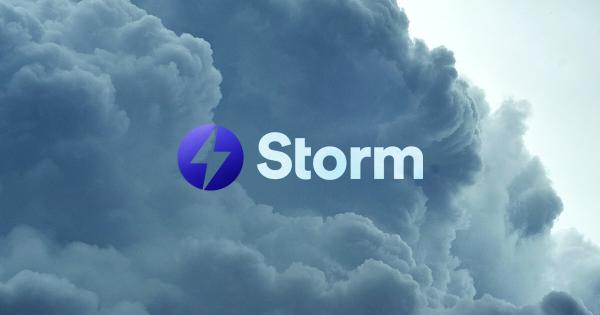 StormX, a gamified microtask platform that allows users to earn cryptocurrencies, has announced the launch of its rewards program. In a press release shared with CryptoSlate, the company said that STORM token holders will be able to earn up to 87.5 percent back on their purchases, alongside a 21 percent cash back when buying from merchants such as eBay, Walmart, Target, Samsung, and others.

The ongoing coronavirus pandemic has pushed companies in the blockchain industry to expand the real-life use cases for cryptocurrencies. With more people shopping online and more people holding cryptocurrencies in general, the logical step for the industry is to create more ways to spend digital assets.

One of the companies that have been undergoing efforts to facilitate crypto payments is StormX, a gamified microtask platform that allows users to earn cryptocurrencies. The platform has now enabled users that hold its native token, STORM, to earn almost 90 percent back on their purchases using the digital token.

In a press release shared with CryptoSlate, the company announced the launch of its StormX Rewards program, saying that it was the biggest update to the platform yet.

“We’re excited to release our biggest update from Storm, allowing our users to earn significant crypto rewards. With this launch we’re able to offer cash back rewards much higher than any platform out there and give more money back to the consumers. We’re also better aligning our token with the product itself improving it even further.”

StormX explained that its users will be able to earn up to 87.5 percent back on purchases. The company has established partnerships with some of the biggest retailers in the U.S., all of which offer cashback rewards. According to the press release, merchants such as eBay will give users the opportunity to earn up to 21 percent cash back.

StormX’s Rewards program will offer users a chance to earn cash back at more than 500 major retailers in the world, including Walmart, Target, Microsoft, Samsung, NewEgg, and others.

The program will have no effect on the security of users’ funds, the company said, as it doesn’t have custody of any of the STORM tokens spent by users. Instead, the company verifies their users’ wallets through Trust Wallet, Opera, or any other Web3 cryptocurrency wallet that supports STORM tokens.

StormX, Inc is the creator of StormX, a Seattle-based mobile app that uses blockchain technology to match people with tasks, letting them complete small gigs in five minutes or less, from any mobile device, anywhere in the world, and be rewarded in Storm token.. Learn more