Founded in 2014, Seattle-based StormX has taken a unique approach to giving users a simple way to earn cryptocurrency. With the team expanding, Storm’s decentralized freelancer marketplace is making upgrades to the user interface and aggressively adding new features.

StormX is in the process of hiring new senior executives and making key partnerships to offer users more ways to earn cryptocurrency, according to a Medium post.

In the past quarter, StormX’s mobile microtask application, Storm Play, has added over 346 new task offers and garnered 2.3 million total downloads on both iOS and Android. Storm Play offers tasks from companies, such as Airbnb, Uber, Instacart, and NexonM.

The company also announced the promotion of Tara Nygaard to Chief Operations Officer along with the onboarding of Mark Keeney, VP of Marketing; Anurag Patnaik, Head of Marketplace; and Ian Brillembourg, Head of Mobile. 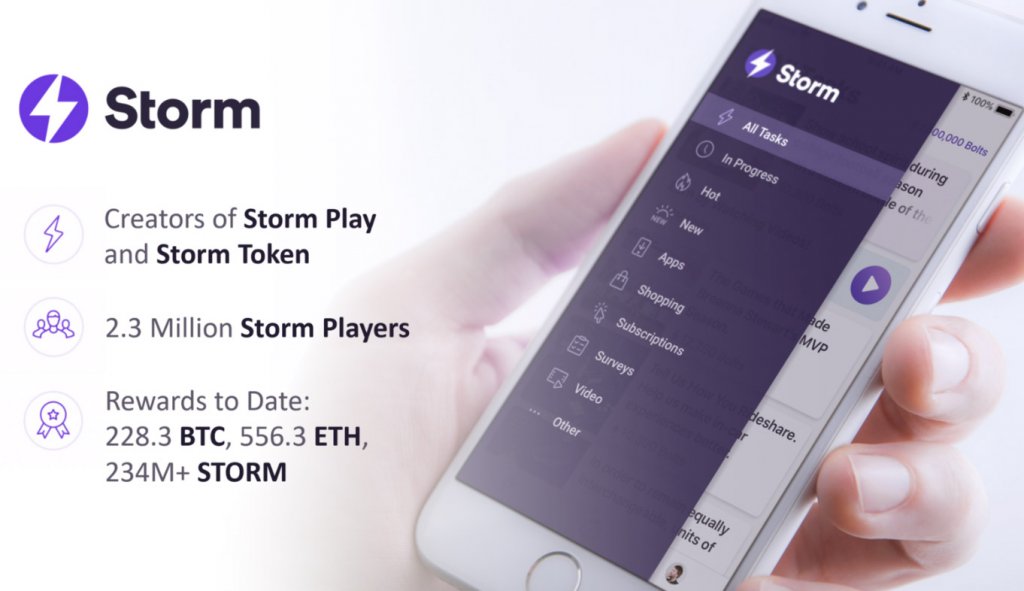 Rewarding users in cryptocurrency, Storm Play has delivered over 228 BTC, 556 ETH, and over 243 million STORM tokens to-date. With its upcoming update, Storm Play will introduce a “More Offers” tab that connects users to a new set of third-party microtasks aside from the product, service and video tasks already offered on the platform.

“In an effort to give our users even more ways to earn, we signed a new partner last month to fuel our ’More Offers’ tab — which gives us access to hundreds of more offers to complement our own direct deals.”

In order to maintain support for its 2.3 million users across over 180 countries worldwide, the Storm Play application utilizes both on and off chain methods. An off-chain ledger for Bolts, the in-app currency unit, and weekly payout schedule allows Storm Play to deliver low-cost cryptocurrency rewards at high volumes monthly.

“Through a hybrid solution of both on chain and off chain methods we are able to process over a million transactions a month without any issues.”

While blockchain offers key benefits, StormX believes that the current issues with scalability continue to hinder its full potential. While still exploring more ways to integrate with distributed ledger technology (DLT), Yu stated that its application structure is fitting of the current industry landscape.

“As Ethereum only processes 15–20 transactions per second, we would congest the Ethereum network and cause it to crash faster than Crypto Kitties did. We recognized this early on and our tenure of being in the blockchain space for over four years is helping us succeed in balancing out the gaps between the blockchain technology and where we’re headed.”

In the blog post, Storm reminds users of its STORM Loyalty Program and announces that a new Storm Play update will soon be released on both iOS and Android. For more information about Storm including price, social media links and team members, see our Storm coin profile.