Fintech company Stably has launched USDS, its USD-backed stablecoin that had previously been issued on Ethereum, on the Tezos blockchain, according to an announcement shared with CryptoSlate today. 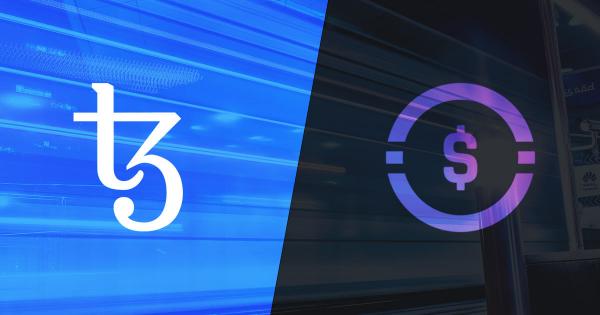 Photo by Amir Hanna on Unsplash

Fintech company Stably has launched USDS, its USD-backed stablecoin that had previously been issued on Ethereum, on the Tezos blockchain, according to an announcement shared with CryptoSlate today.

“The decision to issue USDS on Tezos was prompted by high and rising gas costs on Ethereum. In contrast, Tezos has a built-in upgrade mechanism that allows the community to easily add new features and functionality improvements to the protocol without sacrificing network effects and long-term stability, including the recent Delphi upgrade which slashed gas costs by as much as 80%,” the company explained.

Stablecoins are a special type of cryptocurrency tokens that are pegged to fiat currencies. Unlike “traditional” crypto, they are designed to always maintain the price of their underlying assets in a 1:1 ratio. This means that one USDS—or other similar stablecoins such as Tether (USDT)—should constantly be worth $1.

Additionally, stablecoins effectively allow traders to use an equivalent of USD on exchanges that don’t support transactions with fiat. To maintain their prices and make sure that stablecoins are always redeemable, their issuers must keep the corresponding amount of fiat funds in their treasuries.

Per the announcement, USDS is built upon the FA2 token standard and is redeemable at a 1:1 ratio for US dollars. Thanks to the integration of Tezos’ Permit protocol (TZIP-17), USDS also supports meta-transactions and gasless transfers, enabling “low-cost, high-speed transactions and cross-border payments.”

Tomorrow’s episode of TezTalks Live from @TezosCommons features a conversation with Co-Founder and CEO of @Stablycoin, @KoryHoang.

Tune in to hear about Stably’s USDS stablecoin and why they chose to build on #Tezos. https://t.co/8qRMJ9QRX8

“We’re thrilled to continue building our vision of a borderless financial system on Tezos so that we can provide banking services to people around the world while maintaining rigorous compliance and security standards,” noted Kory Hoang, CEO and co-founder of Stably.

As CryptoSlate reported, the Office of the Comptroller of the Currency gave stablecoins a massive boost in early January when it allowed American banks to use public blockchains and dollar stablecoins for settlements.

Prior to founding Stably, Kory was a Private Equity Data Analyst for PitchBook in Seattle. Learn More