A landmark announcement for USDC. 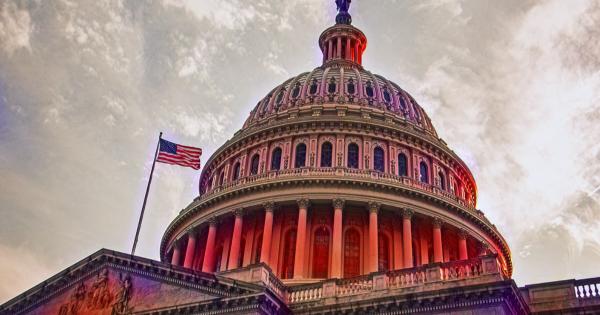 Photo by Kyle Mills on Unsplash

A landmark announcement for USDC. Unending social euphoria. Observers calling it bullish for DeFi. But what’s the whole deal really about

The day the US government supported crypto

Monday saw one of the biggest ever announcements to be made by the US regulators with regards to cryptocurrencies: That of the country’s banks and financial providers getting the green light to settle transactions on stablecoin and even act as validator nodes on a public blockchain.

Circle founder Jeremy Allaire, who took to Twitter to explain the act and ignited a frenzy among that part of town, said the judgment was a huge win for crypto and stablecoins—with the news potentially impacting the regulated stablecoin his company issues, the USDC, the most.

Allaire noted the new interpretive letter suggested that national banks could now treat public chains as infrastructure similar to SWIFT, ACH, and FedWire—the current settlement networks in the country—and treat stablecoins like USDC as “electronic stored value.”  “The significance of this can’t be understated,” he said in the regard, adding:

“We are on a path towards all major economic activity being executed on-chain.”

For Allaire, the move means dollar-pegged stablecoins, or cryptocurrencies that are backed bu the US dollar on a 1:1 basis and redeemable in most cases, could become mainstream payment medium for “all forms of payments and settlement,” putting the US in a “leadership position in embracing the power of public blockchains.”

The country has attracted criticism in recent months for its slow adoption or consideration of the burgeoning crypto sector, especially with advancements in China. The latter’s digital yuan is already in advanced stages of testing; it’s even said to have settled millions of dollars worth of Yuan in small towns and cities.

What does it mean for DeFi

Allaire said the move brought about significant implications for the crypto space, beyond payments and settlement.

“Unlike legacy settlement mediums, public chains combine transactions and compute, enabling a radically new mode of financial and commerce apps to be built,” he noted.

6/ This paves the way for the use of leading dollar digital currencies such as USDC as a mainstream payment medium for all forms of payments and settlement, and helps put the US in a leadership position in embracing the power of public blockchains.

Industry observers on Twitter reasoned that the leniency towards stablecoins was good news for retail adoption of the DeFi market, with a major legal barrier now removed (there are still several others).

That means products like lending platform Compound, yield aggregator Yearn Finance, and stablecoin lending platform Curve gaining a larger audience, and those audiences interacting with, earning money on, and participating in the DeFi space using their stablecoins.

So $USDC (and stablecoins) got the big thumbs up from the banksters.

Most USDC is busy being productive in DeFi protocols.

The USDC is no small stablecoin either. As per CryptoSlate’s stablecoin data, it has a current market cap of over $4.2 billion dollars, with a large part of that already deployed on DeFi apps and other related use cases.