SEC Commissioner: ‘No Reason’ Not to Allow Bitcoin ETF

US SEC Commissioner Heston Peirce — one of the four SEC commissioners currently considering the future of a potential Bitcoin ETF — publicly announced that there is “no reason” why the regulatory body would not allow the product to be approved Peirce, who recently published an official statement of dissent regarding the recent SEC rejection […] 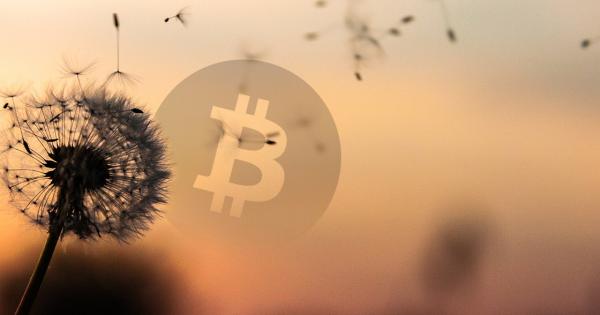 Photo by Bernard Hermant on Unsplash

Peirce, who recently published an official statement of dissent regarding the recent SEC rejection of the Winklevoss Bitcoin ETF,  outlined her stance on the future of cryptocurrency exchange-traded funds in an interview with CNBC’s Cryptotrader host r.

SEC Has “No Jurisdiction” to Assess Underlying Assets

Commissioner Peirce explained the reasoning behind the SEC’s decision regarding the Winklevoss ETF in the CNBC interview, stating that the ETF rejection was the result of a 3-1 vote against approval and providing insight into the decision making

“If you read (the SEC’s order) which is relatively long, they go through an analysis and say that the rule change — which is how this is done, an exchange comes in and they say ‘we have a rule change that we would like to put into place that would allow us to trade this product’ — and so the majority of the Commission said that the proposed change was actually not consistent with the governing statute — in this case, that’s the Securities and Exchange Act.”

Peirce, however, maintains that the Winklevoss ETF is in accordance with the Securities and Exchange act, stating that she would have let it go forward. The primary concerns expressed by the rest of the Commission, states Peirce, are with the nature of the Bitcoin market itself — which Peirce states is an example of the SEC reaching beyond its role as a regulatory body.

“Specifically in this case what I think (the SEC) did was look through to the underlying asset — in this case, that would be Bitcoin — ad they raised some concerns about the market for that underlying product … we should have really focused on the market where the exchange-traded product would trade as opposed to focusing on the underlying Bitcoin market.”

Peirce highlights the manner in which the SEC handles gold and oil markets, pointing out that the SEC does not scrutinize the underlying assets that drive such markets when assessing complex financial products:

“It’s not within our purview to go and look at how those markets are actually working, we should be focused on the market that’s trading the security, which in this case would be the exchange-traded product.”

Discussing the upcoming VanEck Bitcoin ETF decision, Peirce emphasized the need for the SEC to increase the number of opportunities available to investors that allow them to participate in markers in a manner that is efficient and effective. While Peirce states that she does not hold any cryptocurrency in order to avoid any conflict of interest, she does see a significant promise in blockchain technology:

“So I don’t (hold Bitcoin). But, I’m a big fan of innovation and I think that there’s a lot of interesting momentum in this space to solve problems that have been around for a long time … that can be solved by Bitcoin, cryptocurrencies and blockchain.”

The future of the VanEck ETF, states Pierce, is positive. As an SEC Commissioner, Peirce asserts that she doesn’t see how a potential Bitcoin ETF is not in accordance with the SEC Act:

“I take the position that actually the change that was put before us was consistent with the Exchange Act so there’s no reason for us to not allow this product to go ahead.”