The SEC has announced the rejection of the Winklevoss twins application for a Bitcoin ETF, marking the second time a crypto exchange-traded fund application by the Gemini exchange founders has been denied. 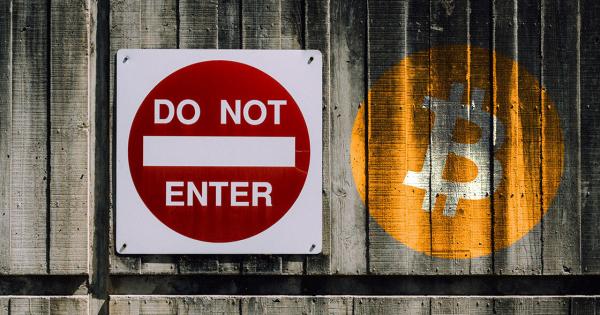 The SEC has announced the rejection of the Winklevoss twins application for a Bitcoin ETF, marking the second time a crypto exchange-traded fund application by the Gemini exchange founders has been denied.

The rule change request filing, submitted by  BATS Global Market’s BZX stock exchange, was denied in a 3-1 vote on Thursday, with the SEC ruling highlighting that the proposal does not meet the requirements of the Exchange Act:

The SEC’s primary contention with the proposal is the inability to prevent manipulation within the crypto ETF market. The issue of manipulation is addressed within the BZX rule change request, with the filing stating that the “geographically diverse and continuous nature of Bitcoin trading makes it difficult and prohibitively costly to manipulate the price of Bitcoin.”

The rejected Winklevoss-driven ETF, however, is based on a two-year-old Bitcoin ETF proposal — the first rejection of the Winklevoss ETF occurred in a market environment in which the regulatory climate surrounding cryptocurrencies was arguably less mature than the present.

While the Winklevoss Bitcoin ETF may have been rejected, there are several alternative Bitcoin ETF proposals currently under consideration by the SEC that address SEC concerns of manipulation in an entirely different manner.

Where the Winklevoss Bitcoin ETF proposal suggests that manipulation is unlikely given the distributed, global nature of cryptocurrencies, the VanEck Bitcoin ETF proposal instead presents a solution that incorporates OTC purchases from regulated institutions that perform extensive AML and KYC. Furthermore, the VanEck ETF will be subject to the same Cboe surveillance rules as derivative products and Commodity Trusts and is backed by insurance to prevent security issues.

As the VanEck proposal is targeted toward qualified institutional investors, the cost and difficulty associated with manipulation is far higher — presenting the SEC with a comprehensive solution to the problems it perceives to be present in the Winklevoss ETF proposal.

SEC Commissioner Hester Pierce has published an official statement of dissent with the SEC ruling, stating that SEC rejection of the ETF could potentially undermine investor security by preventing the entrance of institutional investors into the market:

The SEC, states Pierce, prevents the maturation and development of the cryptocurrency market, noting that by rejecting the ETF, the SEC is potentially stifling innovation:

“By withholding approval of a Bitcoin-based ETP because the underlying market insufficiently resembles the markets for other commodities, we set ourselves up as the gatekeepers of innovation. Securities regulators are ill-equipped to fill this particular role”

One of the highly anticipated SEC rulings on the future of Bitcoin exchange-traded funds has been delayed until September, extending the time frame in which the regulatory body must provide a decision on the filings of five Bitcoin ETFs.

The SEC has recently been flooded with a number of Bitcoin ETF filings, including proposals from VanEck and SolidX, which have not been postponed. The Direxion ETF filings decisions have been delayed, according to the Federal Register, in order to provide the SEC with sufficient time to consider the proposal:

The Direxion Bitcoin ETF filings, put forward by the New York Stock Exchange on January 4, request a rule change in order to provide investors with the opportunity to “Obtain daily short, leveraged long or leveraged short exposure to the lead month Bitcoin futures contract” on the CBOE, the CME, or any US exchange that trades Bitcoin futures contracts subsequent to the filing.

While the Direxion Bitcoin ETF filings may have been delayed, the cryptocurrency market has recently experienced a positive price shift due to an increase in bullish sentiment associated with the upcoming SEC ETF ruling.