The Russian government agencies disagree on the viability of stablecoins, but perhaps a compromise can be reached in developing a ruble-backed stablecoin. 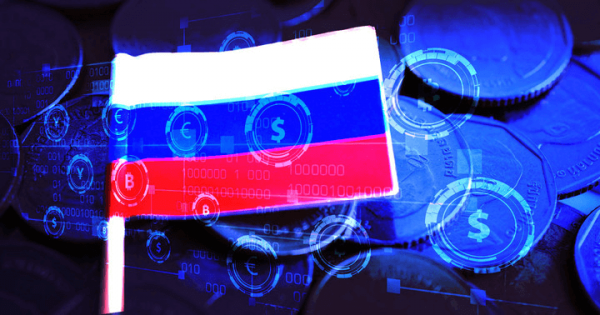 A representative of the Central Bank of Russia (CBR) said private stablecoins are fraught with risks as the underlying pool of assets “does not belong to the owner.” In turn, this potentially means face value redemptions are not guaranteed.

“Also, redemption at the face value of the assets in the collateral is not guaranteed, and in fact the price of the stablecoin is not stable.”


The comments contradict an earlier statement from the Ministry of Finance’s Head, Ivan Chebeskov, who expressed doubts about cryptocurrencies, in general, during a recent panel discussion on the impact of Web3. But regardless of the concerns, Chebeskov was open to the idea of a Russian-backed stablecoin.

Chebeskov said stablecoins could be used as a “tool” to reduce costs and other associated frictions of doing business. He added that the Ministry “will always support” a government-backed stablecoin if the risks are low.

He said a product could be underwritten with a physical asset, such as the ruble, gold, oil, or grain.

“If there is a need for businesses, companies or investors to settle, invest in a new way, if they need such a tool, because it reduces costs, works better than previous tools, and if the risks associated with it can be limited, we will always support such initiatives.”

Despite Chebeskov’s openness to the idea, the unnamed CBR representative maintained that the ruble is the only legal tender in Russia. However, a potential compromise lies in developing a ruble-backed stablecoin, which could combine the benefits of stablecoins with the “reliability” of the ruble.

“Combining all the advantages of a digital means of payment and the reliability of a full-fledged currency.”

Since the outbreak of conflict in Eastern Europe, Russia has U-turned on its previous anti-crypto stance, which, at one point, looked to be headed to an outright ban.

Observers attributed this reversal to sanctions, which have isolated the country from international commerce.

Consequently, Russia has become increasingly open to cryptocurrencies, such as opening discussions on legalizing them as a means of payment.

The Ministry of Finance’s On Digital Currencies bill intends to create a legal framework for cryptocurrencies, including establishing rules on circulation and registration of exchanges.