Due to the implementation of increasingly easy monetary policy into the repertoires of the world’s central banks, an “everything bubble” has formed over the past decade. 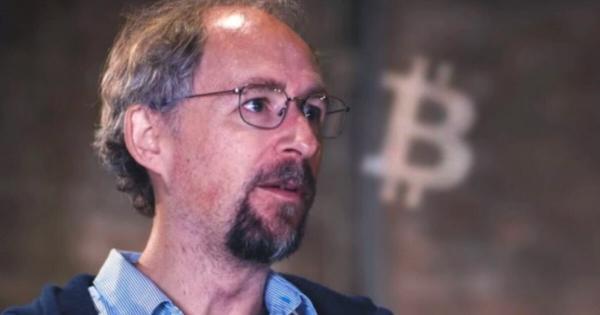 Due to the implementation of increasingly easy monetary policy into the repertoires of the world’s central banks, an “everything bubble” has formed over the past decade.

Effectively all asset classes — from stocks and real estate to bonds— have been boosted because of low-interest rates and large-scale asset purchases by central banks. As Ray Dalio, a legendary hedge fund manager, explained:

“There are a lot of parallels between now and the late 1930s. From 1929 to 1932 we had a debt crisis — interest rates hit zero. Then there was a lot of printing of money, and purchases of financial assets brought their prices higher.”

According to a prominent industry executive, the overvalued and thus risky nature of financial assets is making Bitcoin look attractive in comparison.

Bitcoin is one of the only investments that make sense: Adam Back

Speaking to Bloomberg in a recent interview, Blockstream CEO Adam Back said that Bitcoin is on track to explode higher in the coming five years due to macro trends.

According to him, real-estate investments are poor due to the work-from-home shift in society that may dramatically devalue urban real estate and prop up rural real estate. And bonds, due to central-bank purchases, might be “overvalued,” meaning a Bitcoin investment makes that much more sense for consumers.

Back’s comment is eerily reminiscent of one made by Raoul Pal, a former hedge fund manager turned prominent macro analyst and crypto bull.

At the time, equities were pushing all-time highs, even though they were extremely overvalued with relatively little profit and upside potential. Bonds weren’t much better due to low or negative rates, alongside with high prices due to central-bank bond purchases. And real estate was (and still is) largely “unaffordable.”

“So what the hell does a millennial do to save for your future, when almost all assets have negative imputed returns for the next 20 years, 10 years? And the answer is well, you take the optionality of cryptocurrency and Bitcoin,” Pal explained.

The poor risk-return profile of other asset classes isn’t the only trend that is making Back bullish on Bitcoin.

Back remarked that with the ongoing recession, which has forced central banks to print a record amount of money, people need ways to preserve their wealth. Back explained:

“It is causing people to think about the value of money and looking for ways to preserve money.”

Due to the fact that Bitcoin has a fixed supply cap of 21 million coins and a known inflation schedule, Back and others believe that the cryptocurrency can emerge as a hedge against the debasement of fiat money.

He has such faith in this theory that he told Bloomberg that BTC could hit $300,000 in the coming five years.