Kristy-Leigh Minehan, the author of ProgPOW, stepped down as CTO of Core Scientific to focus on ensuring the disputed algorithm gets implemented on Ethereum. 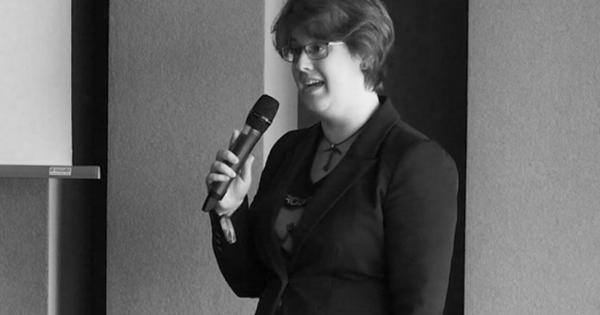 Kristy-Leigh Minehan, the author of ProgPOW, stepped down as CTO of Core Scientific to focus on ensuring the disputed algorithm gets implemented on Ethereum.

Hours ago, Kristy-Leigh Minehan announced she was stepping down as CTO to focus on ensuring the ProgPOW algorithm is implemented on Ethereum.

“I believe that ProgPoW is of such importance to ETH’s transition to ETH 2.0 that I felt removing any potential conflict or professional associations was important,” Minehan said in a Tweet.

In a comment to CryptoSlate, Core Scientific said the following about her departure:

“Kristy-Leigh is a world leader in blockchain technologies due to her experience and expertise. She believes ProgPoW will be critical technology for the compute industry as a whole. To fully dedicate herself to ProgPOW, Kristy is leaving Core Scientific. She leaves a strong team of talented and experienced engineers and we are committed to ensuring uninterrupted high quality service to all our customers.”

ProgPOW is an algorithm aimed at making proof-of-work mining more egalitarian by leveling the performance differences between ASICs, GPUs, and FPGAs. Such a change would be more in line with Ethereum’s vision as demonstrated in its original whitepaper and the intent behind the current hashing algorithm, Ethash.

Proponents argue that ProgPOW would help further decentralize Ethereum away from large-scale miners and prevent monopolistic hardware manufacturers from gaining a disproportionate amount of power over the network.

Questions around the algorithm change

Critics assert that ProgPOW threatens to split the Ethereum community and is not worth the risk given that ETH 2.0 and staking are supposedly around the corner.

More staunchly, skeptics have scrutinized the trustworthiness of Kristy-Leigh Minehan, one of the people behind the alias “IfDefElse,” which authored the algorithm.

These concerns culminated in Summerwill uninviting Kristy-Leigh Minehan from ETC Summit 2019. CryptoSlate reached out Bob Summerwill about Minehan’s resignation and he declined to comment.

Other vocal critics, such as Linzhi Corporation out of Shenzhen, China, have more clear-cut reasons to lobby against ProgPOW and Minehan. Linzhi is developing an Ethereum ASIC that depends on the current hashing algorithm. If ProgPOW were implemented it would likely render millions in research and development redundant.

In a conversation with CryptoSlate, it seems Kristy-Leigh Minehan is willing to let go of her position at Core Scientific for the benefit of the Ethereum community.

“Being a leader means putting others before yourself. Core Scientific has nothing to do with ProgPoW, and it’s important that people focus on the technical merits of the algorithm,” Minehan said to CryptoSlate. “This allows me to handle the political debate around ProgPoW with no conflict of interest.”

Ethereum is in for a tense few months as the debate around ProgPOW continues.

Bullet stopping drones now mine on the Monero network