Danny Ryan, a developer with the Ethereum Foundation, announced that the code freeze of Phase Zero, the first iteration of Ethereum 2, was live. 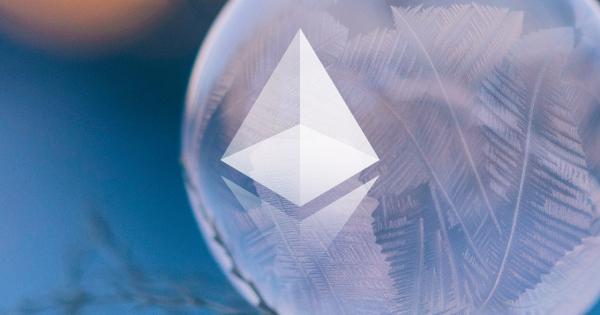 Danny Ryan, a developer with the Ethereum Foundation, announced that the code freeze of Phase Zero, the first iteration of Ethereum 2.0, was live. According to the project’s GitHub repository, version 0.8.0 will serve as a stable target as implementers work towards finalizing the entire project by January 2020.

While Ethereum 2.0, the next generation Ethereum blockchain, might not see the light of day until next year, work on the project has been on schedule.

On Jun. 30, the Ethereum Foundation announced the code freeze of Phase Zero, the first iteration of Ethereum 2.0. While Jun. 30 was set as a possible date for the freeze earlier this month, developers seemed unsure that they would meet the deadline.

Danny Ryan, a researcher with the Ethereum Foundation, announced the news on Twitter, sharing the project’s specs on GitHub. The beacon chain required the most work, the changelog showed, with four critical bugs resolved and five new features added. However, significant changes to the phase are still expected, especially to the BLS signatures

The phase 0 spec freeze is here! Thank you to everyone for all of the incredible work that has gone into thishttps://t.co/XuSHr4NCnP

Version 0.8.0 serves as an anchor for developers

According to the release’s GitHub page, version 0.8.0 of the Phase Zero will serve as a stable target for developers working on the project. From now on, implementers will be able to focus on multi-client testnets, Ryan said, in addition to on-going efforts in formal verification, fuzzing, and audits.

However, despite multiple bug fixes and new features, Phase Zero still needs a lot of work. Earlier this month, Ethereum Foundation researcher Justin Drake said at least 2 million ETH would need to be staked on the Ethereum 2.0 network for Phase Zero to launch successfully.

But, seeing how the Ethereum Foundation plans on allocating $19 million out its $30 million budget on the Ethereum 2.0-specific project, the January launch seems more than feasible. Even Vitalik Buterin, the founder of Ethereum, said that the current tempo makes January 2020 “a feasible target.”