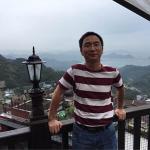 Micree Zhan is a Chinese electronics engineer and businessman. He is the co-founder and former CEO of Bitmain, the world’s largest computer chip company for cryptocurrency mining. In 2018, Hurun Report named him the richest cryptocurrency billionaire in the world. In 2019, Bloomberg ranked Zhan as the world’s 9th richest self-made billionaire aged 40 or younger, with a net worth of US$5.2 billion.

In October 2019, Zhan was ousted of his position as CEO in a leaked internal memo to Bitmain employees.