One of the most important cryptocurrency companies is in the midst of a raging internal spat. 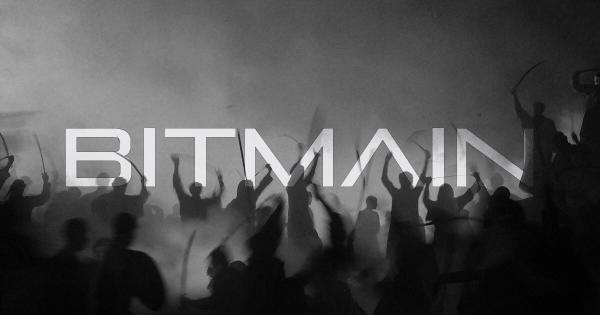 One of the most important cryptocurrency companies is in the midst of a raging internal spat. And unfortunately, it’s only getting worse.

Bitmain co-founder Micree Zhan, who was last week booted from the Bitcoin mining giant as a result of a shocking pot shot from fellow co-founder Jihan Wu, is looking to retake control of his company, his proverbial “child.”

Bitmain in the midst of firey civil war

Last week, Micree Zhan’s tenure at Bitmain was abruptly ended by Jihan Wu, the face of the company, who issued a company-wide email telling staffers that Zhan had been dismissed from his senior roles at the company.

While corporate upheavals take place all the time—the chief executive of McDonald’s was fired earlier this week—many on Crypto Twitter were quick to point out that this reeked of a power struggle, with Wu forbidding employees from engaging with Zhan. Also, Zhan, who still owns a large portion of the company’s shares, was also purportedly banned from entering Bitmain’s premises in China.

Zhan, at first, took this news lying down, going quiet online as tensions flared at his (former)  company. But, in a post released to Chinese social messaging application WeChat on Wednesday, the Bitmain co-founder revealed that he is still in the ring, and is ready to fight Wu in court. 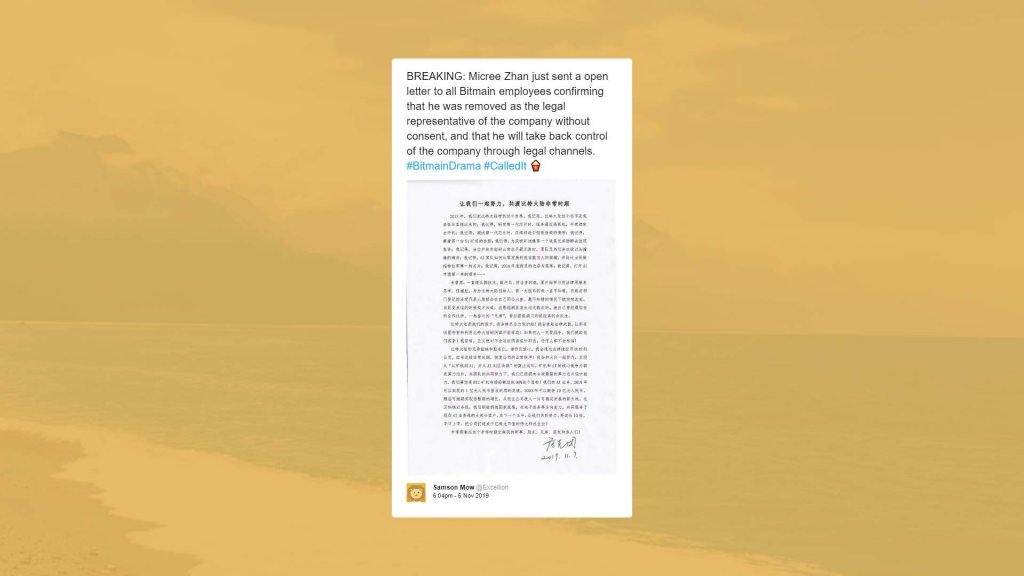 According to crypto venture capitalist Dovey Wan’s translation of the statement, which was directed at all Bitmain employees, Zhan accused Wu of “stabbing him in the back” while on a business trip.

Zhan’s statement went on to reveal that he was ousted from Bitmain without consent, creating a legal environment for him to retake control of the company through legal avenues. In a line that Wan likened to one from a “movie script”—an extremely cheesy movie, anyway—Zhan declared:

“I will use legal weapons and let all conspiracies that try to hurt Bitmain fail miserably! If someone wants a war, let’s give them one! I firmly believe that justice will never stand on the side of conspiracy and evils.”

Blockstream’s Samson Mow has dubbed this spat the “Bitmain Civil War.” And considering what Zhan wrote in his scathing letter, this isn’t hyperbole.

I also called it and said there will be a #BitmainCivilWar. ? https://t.co/gg4hyKtkS6

These tensions come as Bitmain is purportedly seeking a public offering in the U.S., which would be a successor to the company’s failed attempt to raise billions of dollars through the Hong Kong Stock Exchange last year.

It currently isn’t clear how exactly Bitmain’s power struggle will affect the company’s ability to be approved to list on U.S. markets by the Securities and Exchange Commission. But, it would be hard to argue that it’s helping.