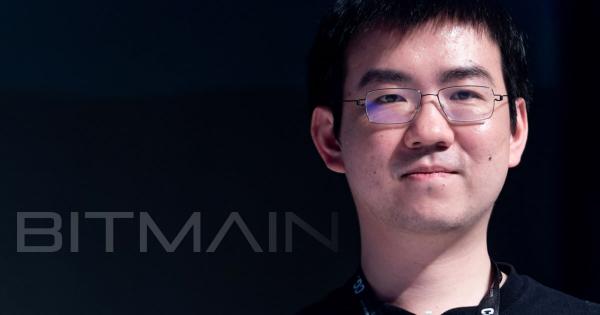 Bitmain, one of the largest mining hardware manufacturers in the world, has ousted co-founder and largest shareholder Micree Zhan Ketuan in what seems to have been a bloody power struggle within the company. Bitmain CEO Jihan Wu announced Zhan’s in an internal memo, where he warned employees against taking instructions from Zhan.

Shockwaves were sent through the crypto community when Bitmain CEO Jihan Wu announced that the co-founder and former director Micree Zhan has been ousted. First shared on Twitter by Dovey Wan, the founding partner at Primitive Crypto, news about Micree Zhan’s ousting was announced in an internal memo sent to all Bitmain employees. 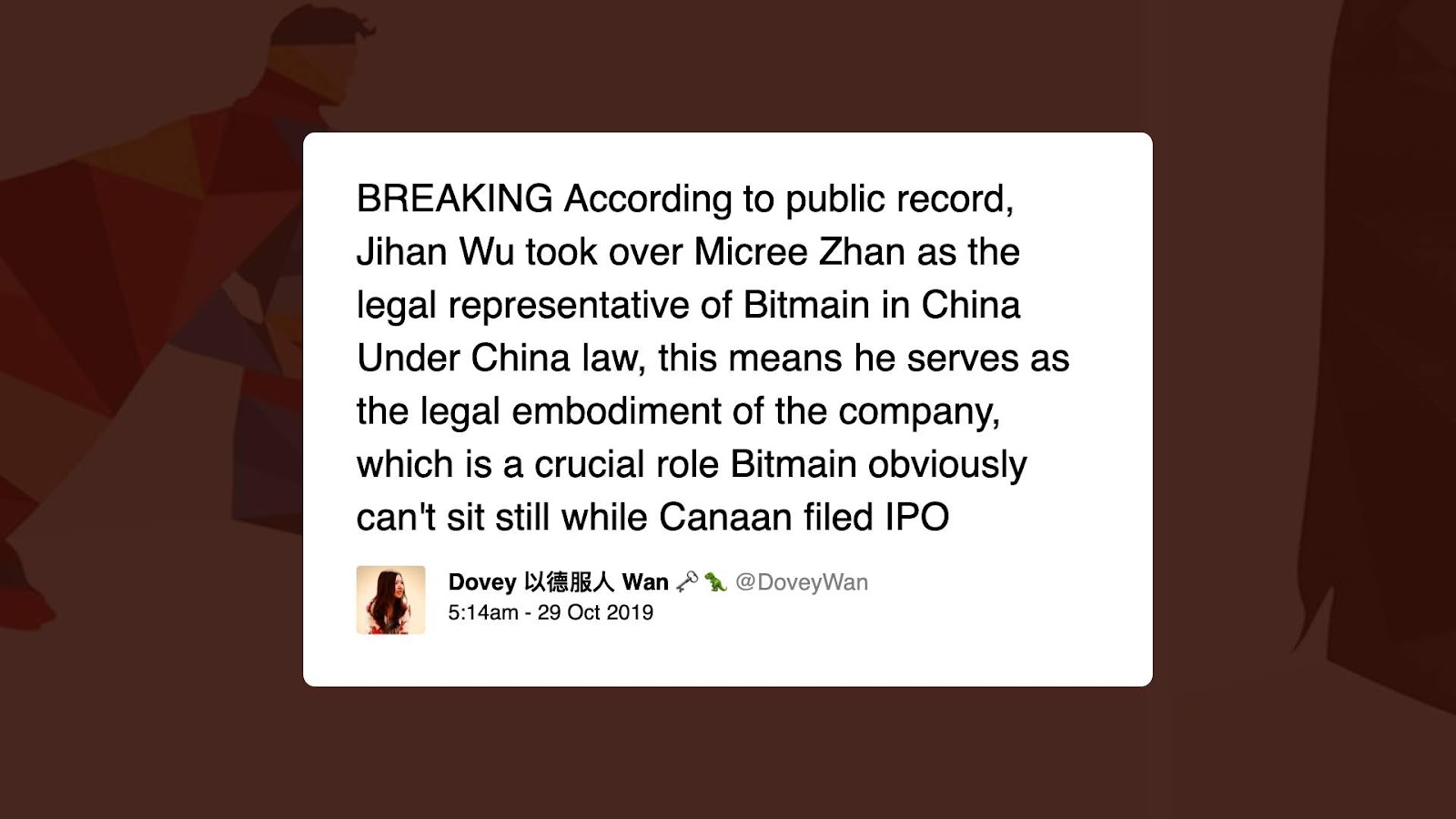 The memo, titled “Important notice,” said that Jihan Wu has decided to dismiss “all roles” fulfilled by Micree Zhan, effective immediately. Bitmain staff was warned not to take instructions from Zhan or participate in any meetings organized or attended b Zhan.

The company seemed serious about the note, saying it will consider terminating the employment of those who violate these rules. 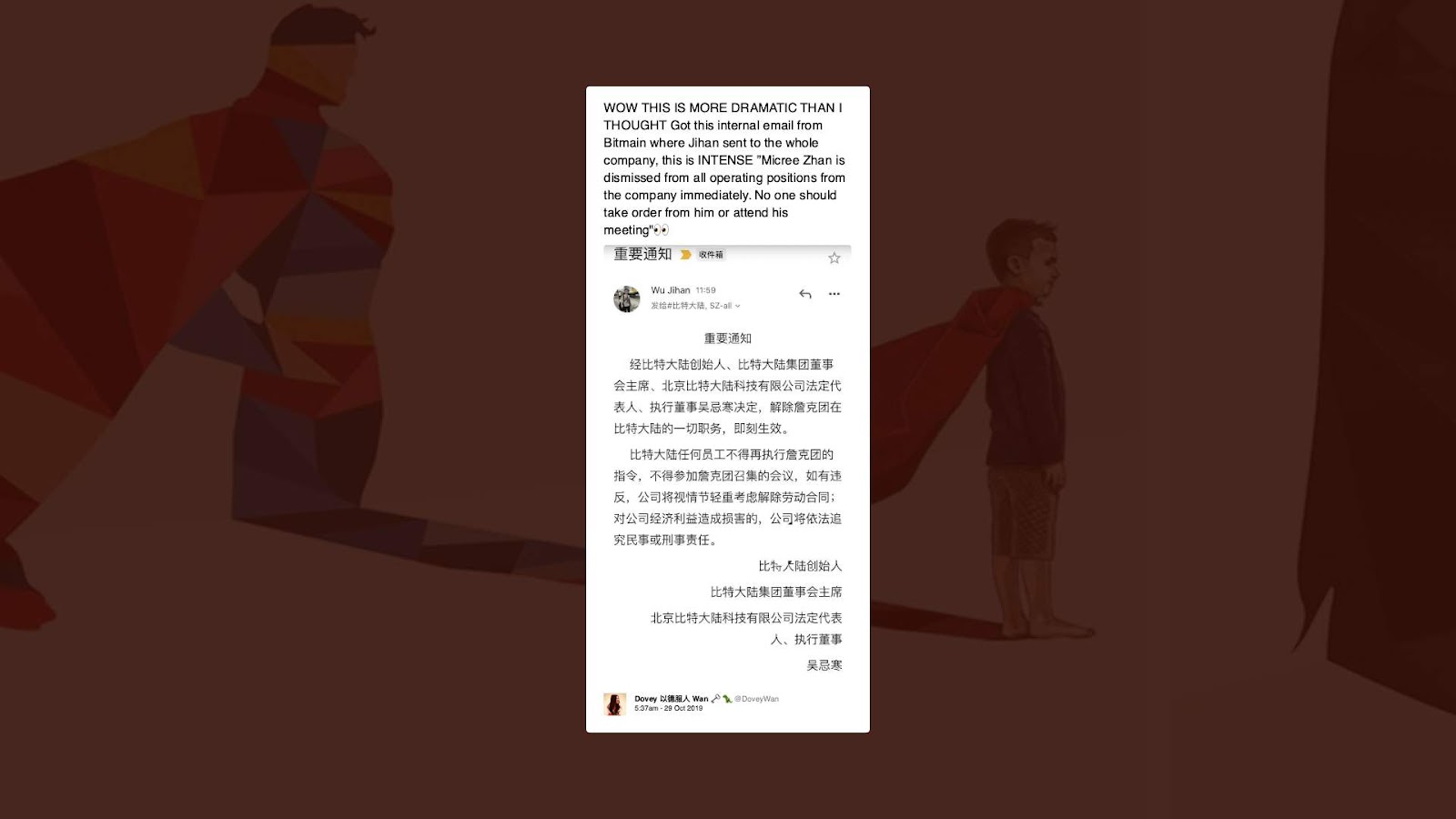 Wu will be taking over as the sole legal representative of Bitmain, which is one of the largest mining hardware manufacturers in the world. According to pre-IPO documentation the company filed back in 2018, Wu has a 20.5 percent stake in the company, while Zhan owns 36.5 percent.

A struggle for power in Bitmain

Wu and Zhan served as co-CEOs as the company since they founded it almost six years ago. However, both have stepped down from their positions after the company’s failed IPO in 2018 and assumed non-executive roles at the company’s board.

While it is still largely unclear what prompted the sudden dismissal of Bitmain’s co-founder, the tone of the memos sent to Bitmain’s employees was notably harsh and seemed to imply that Zhan’s leadership of the company was somehow flawed.

Zhan was reportedly also banned from entering the company’s offices and had his email deleted. Wu is also said to have already replaced Bitmain’s entire HR department with people close to him.

According to Dovey Wan, local Chinese media reported that sources close to Zhan said he was ousted “in an ugly way” which made him consider dumping the 1.6 million BCH he owns. 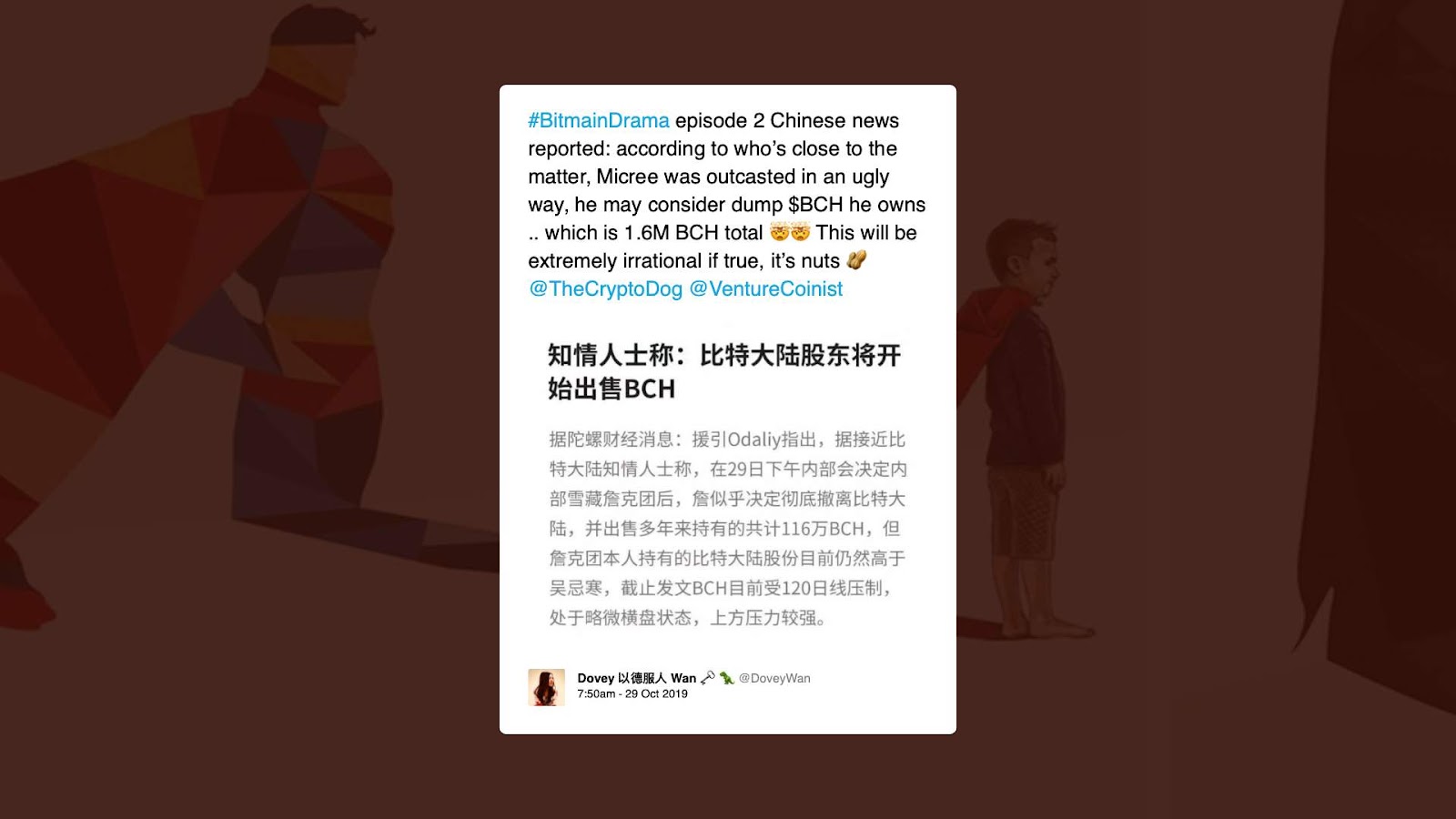 Reports have also surfaced about Wu telling his employees that he has come back to save the company from sinking.

However, many have speculated that all of this was done without the approval of Bitmain’s investors. Samson Mow, the chief security officer at Blockstream, revealed that Zhan was referred to as a “manager” of the company in the latest corporate update Bitmain’s investors received on Oct. 28.

Bitcoin Cash reacted strongly to the latest developments at Bitmain, rising more than 11 percent in the hours following the news.

Bitmain announced its next-generation of mining ASICs for Bitcoin, Bitcoin Cash, and other SHA256 coins.

The crypto-winter is affecting billion-dollar players in the cryptocurrency market.