Pantera Capital, a blockchain investment fund, has issued its most brazen show of positive sentiment to date, its founder stating the cryptocurrency market could one day reach $40 trillion. 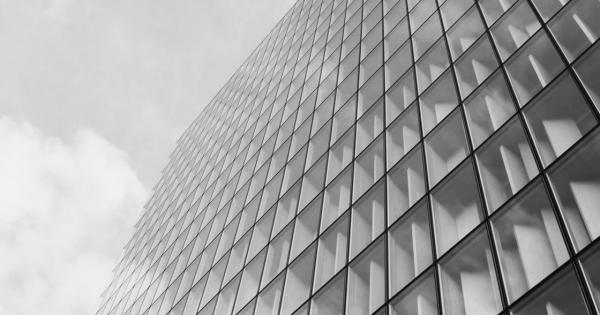 Photo by Aldric RIVAT on Unsplash

Pantera Capital, a blockchain investment fund, has issued its most brazen show of positive sentiment to date, its founder stating the cryptocurrency market could one day reach $40 trillion.

A vocal proponent of blockchain technologies and cryptocurrencies, Pantera Founder and CEO, Dan Morehead, has been ramping up his positive rhetoric in a recent series of exclusives with Bloomberg. While the market hovers around the $400 billion mark, Morehead sees the current offering as but an appetizer to whet the appetite:

“Obviously, we’re very bullish on the space. We think we’re way below, maybe an order of magnitude — or two — below the real fundamental fair value of blockchain,” he said, stating later that “the industry as a whole is $400 billion. It easily could go to $4 trillion, and $40 trillion is definitely possible.”

Going on, he disclaimed that the main course would not be a quick fix, being perhaps 10 years away from fruition. Pantera appears to see Bitcoin as a part of this bountiful future, holding roughly 10% of its assets in BTC, or what it refers to as a “screaming buy”.

The remainder of the firm’s generous portfolio remains a trade secret, yet a substantial holding of ICON is a safe bet — or so Morehead’s comments to Bloomberg would suggest.

In the turbulent waters of the blockchain space, such outlandish predictions are nothing new. Price speculation is usually taken with a grain of salt by an educated investor, where the layman is a more malleable personality — easily guided by such a statement or press release, or even a whimsical tweet:

In an industry rife with hidden agendas, such statements are often met with vitriolic accusations of price manipulation — with the likes of McAfee, Charlie Lee, and even JP Morgan’s Jamie Dimon being repeatedly lambasted by a mob of disgruntled social media followers.

In this light, Pantera’s comments cannot be taken as gospel truth — the fund limping out of a near-50% loss in March’s ruinous bear market. As one of the world’s largest cryptocurrency hedge funds, Pantera has nearly a colossal interest at stake (reporting $724 million of holdings in March 2018).

While Pantera Capital Management LP may be dealing in an unconventional asset class, the blockchain investment fund appears to be remarkably orthodox where it counts.

Morehead leads the charge after a peppering of dealings in the traditional finance market: Goldman Sachs, Deustche Bank, and Tiger Management  — where he presided over a veritable financial feast — namely Forex, Derivatives and Macro Trading.

After Pantera’s devastating loss in March, Morehead offered his investors the eternal confidence of a battle-hardened trader. Assuring them their profits were as sure as day, he compared the state of affairs to the dot-com bubble. Morehead noted:

“If you had a portfolio of IPOs — one was Pets.com and one was Amazon.com — it doesn’t matter what the rest were. You made a great return.”

Such statements are at odds with Pantera’s prophecy of a $40 trillion market cap, perhaps the slightest inklings of a hidden agenda —  given Morehead’s apparent indifference to the market’s longevity.

All interests aside, the weight of this statement highlights a more pressing issue: who do we trust? As Pantera continues to establish itself as a prophet in this space, we must pause to look at the growing divide in media coverage.

Such corporate institutions deal largely with the traditional media: the Bloombergs and the CNBCs. Where they are lent instant credibility by their weighty establishments, the opinions of lone figures never make it out of the starting gates, being corrupted by unregulated social media platforms.

While $40 trillion is a universally mouth-watering concept, a good helping of salt may go down well with this one.