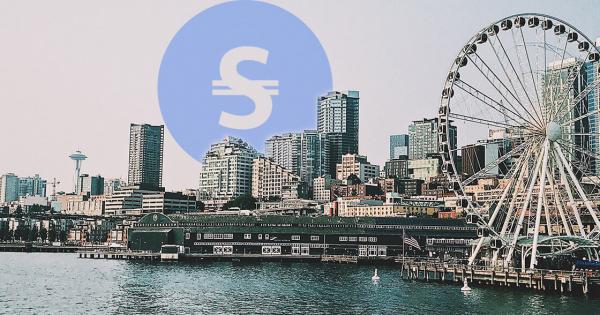 A new stablecoin, StableUSD (USDS), was recently added to Bittrex. The Seattle-based project seeks to contend with other major stablecoins in an attempt to bring greater ease to crypto and fiat exchanges.

StableUSD is a cryptocurrency that is “fully backed and redeemable 1-to-1 for US dollars.” The startup is looking to bring users a safer and quicker way to move between crypto and fiat.

Stably and its StableUSD is a newcomer in the world of stablecoins. The company is looking to compete with a host of other major players, including TrueUSD, USD Coin, and Gemini Dollar. CryptoSlate reached out to Kory Hoang and Mahraan Qadir, CEO and VP of marketing at Stably.

Although the competition is stiff, Qadir is confident that the coin will “be a market leader.” Even with the major competition, Stably saw that there were a lot of places to mitigate risk for users. Stably wants to “protect users and build trust,” said Qadir.

The upstart company is looking to tackle risk on several different levels. During the interview, Qadar mentioned that stablecoins experience risk in multiple areas such as regulatory and licensing, custodial holdings, reserve, and security risk, to name a few.

This move is in stark contrast to Tether, which was recently the subject of a broad criminal probe by the U.S. Justice Department. Tether has been subject to rumors of fraudulently minting USDT without 1-to-1 backing, allegedly manipulating the price of Bitcoin in coordination with Bitfinex throughout 2018.

To further reinforce that USDS is backed 1-to-1, the stablecoin company claims that it will regularly conduct third-party audits through Cohen & Co. Additionally, Stably plans to provide users with “access to redemption through an easy to use online portal” planned to launch in the next few weeks. To top it off, the company will charge zero fees for the direct issuance and redemption of USDS tokens.

On Dec. 6th, Stably’s USDS was listed on Bittrex, the largest cryptocurrency by trading volume in the United States. The team describes it as a major accomplishment for the project. As said by Qadir:

“It’s the ‘first step to providing traders with a variety of options… that they can trade USDS on. The more usage, demand, and liquidity we see, the more choice we can provide,” allowing the company to better fulfill its mission of “using the power of the blockchain to make the global economy more efficient and accessible.”

Not only that, Stably claims that in the coming weeks the company will announce “listings on top-volume exchanges that we are already working with…,” and as the company expands, will “continue to pursue additional exchanges to list on, expand on trading pairs, and work with market makers to provide liquidity to the crypto market…”

Stably is not without competition. In September, the Winklevosses, founders of major exchange Gemini, launched ‘Gemini Dollars’ (GUSD). In the same month, Circle—a mobile payment platform, one of the few companies to hold a BitLicense, and owner of the Poloniex crypto-exchange—launched its own stablecoin. Circle’s USDC also has the backing of Coinbase to further legitimize its claim to dominance.

TrueUSD, another leading stablecoin, is run by a high-caliber team of founders from Stanford, UC Berkeley, Palantir, and Google. The coin was also first listed on Bittrex with much of the same model as Stably.

Finally, Tether—despite its deficiencies—is still by far the leader in market capitalization, with over 1.8 billion USDT currently in circulation. Whether Stably can carve out a niche against these major competitors is up for speculation.

Despite the competition, Stably’s team seems confident. According to Hoang and Qadir, there is room for multiple projects in the stablecoin market segment:

“…we see a space for multiple stablecoins in the—there is a demonstrated demand for stablecoins that will only grow as the crypto market grows.”

Furthermore, the team sees that giving users greater options will provide them with greater security and stimulate competition among the different projects:

“As more and more stablecoin projects come into play, we’ll see users moving towards projects that they have confidence-in across these decision points.”

In the face of its competitors, “Stably’s solution will continue to improve across these decision points…” reaffirmed Qadir. Moreover, as the company grows, Stably plans to expand from an Ethereum ERC-20 token to other protocols, including Stellar and EOS.

Whether Stably’s thesis holds true is another matter. The Stably stablecoin is making solid progress on the heels of successful fundraising, but the competition is fierce, and it is still possible for StableUSD to fail against its better funded and institutionally backed rivals.

CONFLICT-OF-INTEREST DISCLAIMER: Stably is a company local to Seattle, where CryptoSlate is also based. Their team is in periodic face-to-face contact with our team during local events and meetups. No one at CryptoSlate owns or is invested in Stably, nor has CryptoSlate received remuneration for this article.

Stablecoins are currently the fastest growing sector of the cryptocurrency market, worth $186 billion; these constitute cryptocurrencies whose values are pegged to real life commodities like gold or the US dollar.

According to a blog post, Coinbase and Circle have partnered to bring the USD Coin (USDC) stablecoin to Coinbase.