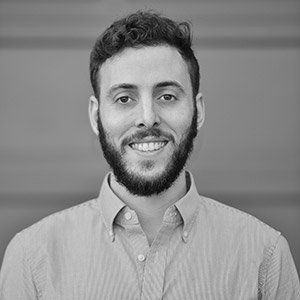 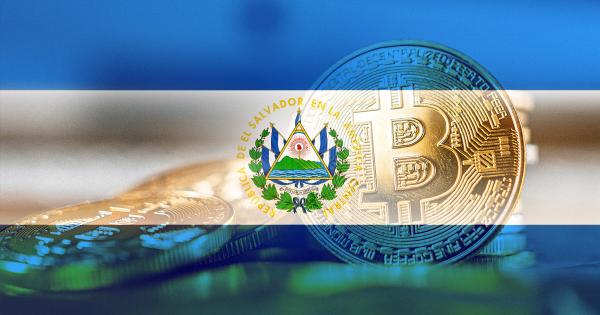 Photo by Art Rachen on Unsplash

Bukele argues that his country’s embrace of Bitcoin aims to spur development and reduce the fees paid by Salvadorans abroad sending remittances back home, which make up nearly a quarter (22%) of El Salvador’s GDP. Bukele says adopting Bitcoin could save his people $400 million every year and top accounting firm PriceWaterhouseCoopers seems to concur, estimating that a central bank’s embrace of digital currency could cut remittance costs in half.

Yet established financial institutions have taken a dim view of the move. The Work Bank raised concerns about Bitcoin’s environmental impact, while the IMF argued that El Salvador’s adoption of Bitcoin could trigger economic instability and complicate efforts to combat money laundering. In November, the IMF urged El Salvador to stop using bitcoin as legal tender.

These concerns may have some merit since any deviation from the status quo tends to introduce risk. But in this case, the risk seems minimal. After all, El Salvador has not adopted Bitcoin as its only form of currency: the US dollar remains the country’s primary legal tender.

Besides, we’re already seeing a positive impact. Back in June, when Bukele announced the Bitcoin move, analysts were predicting 6% GDP growth for El Salvador this year. Those estimates have since been revised sharply upward: even the IMF foresees 10% growth for 2021.

More importantly, a much greater share of global money laundering occurs through the traditional financial system than via the blockchain, which keeps a public ledger of every transaction. With authorities paying closer attention to crypto transactions, thanks to watchdogs like Ciphertrace and Elliptic, Bitcoin is an increasingly terrible way to launder money. This is why the US Justice Department was able to track down and recover most of the ransom funds paid to the Colonial Pipeline hackers.

So why have top officials and established institutions taken such a negative stance on El Salvador’s decision? The real reason may be geopolitical. Embracing crypto could be a way for El Salvador to reclaim its financial sovereignty, curbing the US’ monetary might.

In 2001, El Salvador abandoned its own currency, the colón, and switched to the US dollar. This decision has helped the country avoid the rampant inflation that has afflicted many Latin American states. But it has also led to a loss of monetary independence, leaving El Salvador at the mercy of the Fed’s decisions, which in turn has eroded political sovereignty.

Equally important, but less publicized, is that Salvadoran banks need to be able to transact with American banks, which are subject to the US Treasury. The US treasury could at a moment’s notice levy sanctions and cut Salvadoran banks off from the US financial system.

This is in fact how US sanctions often work, by barring US banks, and any institutions that transact with those banks, from doing business with the blacklisted entities. This international financial might is one of the primary sources of American power, giving Washington the ability to shape global regulatory regimes against money laundering, terror financing and other nefarious financial aims.

It also enables Washington to control geopolitical outcomes, given that the Fed can pressure countries to embrace American businesses or marginalize political figures that aren’t aligned with America’s interests. This is an incredibly powerful lever with vast implications.

The US has used sanctions to embargo Cuba since 1962, for instance, costing the Cuban economy about $130 billion. More recently, sanctions against Venezuela barred the developed world from purchasing the country’s oil, undermining its economy. These regimes both have a history of oppression and many observers viewed the sanctions as just.

But these countries’ leaders presumably didn’t enjoy being rendered powerless before the world. The US of course has a long history of problematic policies in the region: from Argentina’s Peron to Chile’s Pinochet, Latin Americans need not look far to find reason to resent the world’s lone superpower.

Taking this into account, Bukele’s Bitcoin adoption may be less about economic growth than an attempt to reassert national sovereignty by enhancing his country’s financial independence. If Bitcoin sees wide adoption in his country, El Salvadorans will be able to conduct business and make international transfers even when the US sanctions Salvadoran domestic entities or cuts Salvadoran banks off from the American financial system.

Only Bukele knows his real motives. He may be aiming to disconnect his country from the international financial system so his government can oppress the Salvadoran people without fear of retribution. Some signs hint at this. The full details of El Salvador’s Bitcoin policy, for instance, are considered state secrets. And Bukele has classified all information about the Chivo Wallet, which was funded by taxpayers but overseen by a pseudonymous private enterprise.

Even so, the crucial question is not whether El Salvador’s decision to embrace Bitcoin was altruistic or sinister, but whether we are finally seeing a country embrace cryptocurrency as an alternative to the global financial straitjacket more powerful nations have long imposed on weaker states.

If El Salvador secures full financial autonomy by adopting Bitcoin, then it will likely be the first of many, which would mean that the power centers of today’s global financial system are wise to fear the coming crypto revolution.

Mark Lurie is the CEO & Co-Founder of Shipyard Software. He is a serial entrepreneur and investor who previously founded two venture-backed startups.  Codex is a blockchain-based title registry for art & collectibles used in the offline auction world with 500,000 NFT titles created (ICO 2018). Prior to Codex, Mark founded an online marketplace for art & collectibles, which was acquired in 2016.  Previously, Mark was an investor at Bessemer Venture Partners, where his investments included Twilio (TWLO). He is currently a Venture Partner at FJLabs and a board member of GMO Trust (issuer of GYEN, the first Yen-backed stablecoin) and the Foundation for Art & Blockchain (a 501c3 nonprofit). He has an MBA from Harvard Business School and a BA in Economics from Harvard College.

A poor run of form may put off other nation-states from joining El Salvador in legalizing Bitcoin as tender. 2 min read

The country's El Comissionado claims to have received 50 cases of missing Bitcoin from the Chivo wallet that was launched two months ago. 2 min read