OneCoin, a controversial cryptocurrency issuer accused of running a $4 billion pyramid scheme, has been sued by a former investor over her losses. 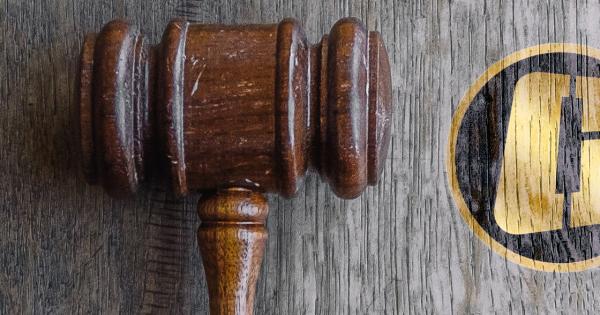 OneCoin, a controversial cryptocurrency issuer accused of running a $4 billion pyramid scheme, has been sued by a former investor over her losses. A request was also made for class-action status to be granted for the suit to include other plaintiffs who say they were scammed.

A cryptocurrency investor has sued OneCoin, a controversial, multi-billion dollar pyramid scheme over her losses. According to the legal filing in a US district court in New York, Christine Grablis claims she lost around $130,000 in the scheme and is seeking to have those funds returned, as well as damages. Silver Miller, the law firm that represents Grablis, is also seeking a class action lawsuit to represent other aggrieved investors.

“OneCoin’s principals and promoters duped investors worldwide into a reported $4 billion in investments in a cryptocurrency that never really existed,” the plaintiff’s lawyer David Silver said. “The size of the scam is staggering, as is the audacity of the people who not only pulled it off but who continue to defend it and promote it to this day.”

Grablis claims she invested an initial $16,000 in OneCoin in August 2015, followed by a further $103,000 in 2016. The lawsuit names Ruja Ignatova, Konstantin Ignatov, Sebastian Greenwood and Mark Scott as the defendants, and accuses OneCoin of falsely advertising that the company was operating “mining pools” that can be accessed through purchasing its tokens.

The complaint went on to say that no mining of OneCoins ever occurred and that the coins were created “at will without adhering to any of the actual principles of blockchain technology.”

Founded back in 2014 by Ruja Ignatova and her brother Konstantin Ignatov, OneCoin was flagged by international financial regulators as early as 2016. Following a mass arrest of alleged OneCoin promoters in India, prosecutors in China have charged more than 100 people in connection to the scheme in 2018.

However, high-profile indictments and arrest were made recently, starting with the company’s founder and CEO. According to a report by Bloomberg, Ruja Ignatova has been charged with securities fraud and money laundering in the state of New York.

While Ruja is yet to be arrested for the charges, her brother, Konstantin Ignatov, was arrested at the Los Angeles International Airport in March this year. Ignatov has reportedly been transferred to a federal prison in New York where he is awaiting trial for wire fraud in connection with the OneCoin scheme.

According to the official court document, Mark Scott, a partner at international law firm Locke Lord, was accused of assisting Ruja in laundering more than $400 million. Scott is currently awaiting trial under house arrest after being released from a federal prison in New York on bond in 2018.

The leader of a prolific cryptocurrency Ponzi scheme, OneCoin, was arrested and charged on March 6th.