The leader of a prolific cryptocurrency Ponzi scheme, OneCoin, was arrested and charged on March 6th. 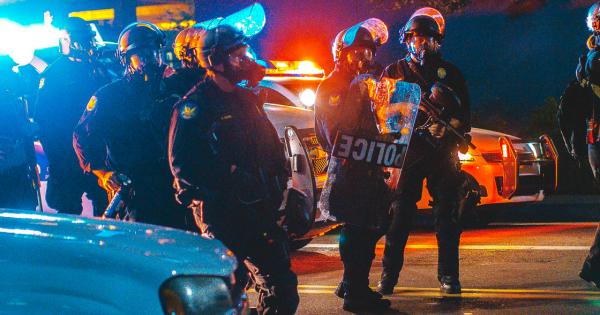 The leader of a prolific cryptocurrency Ponzi scheme, OneCoin, was arrested and charged on Mar. 6th. OneCoin Ltd. claims to have 3 million members—or victims—worldwide and has generated over €3.3 billion in fraudulent sales. In reality, the OneCoin “cryptocurrency” did not use a blockchain at all while it scammed investors out of billions.

OneCoin Ltd. is a multi-level marketing network, proven to be a Ponzi scheme by investigators, where members receive commissions for recruiting others to purchase “educational materials” which come with attached sums of OneCoin. Materials from the company suggested that investors would earn five to ten-fold returns on their investments. As described by Manhattan US attorney Geoffrey S. Berman:

“As alleged, these defendants created a multibillion-dollar ‘cryptocurrency’ company based completely on lies and deceit. They promised big returns and minimal risk, but, as alleged, this business was a pyramid scheme based on smoke and mirrors more than zeroes and ones. Investors were victimized while the defendants got rich.”

Like Bitcoin, OneCoin Ltd. claimed that OneCoins are mined with served maintained and operated by the company and that OneCoin’s price is based on market supply and demand.

Yet, investigations by the Internal Revenue Service-Criminal Investigation (IRS-CI) and the Federal Bureau of Investigation (FBI) revealed that OneCoin was, in fact, a fraudulent pyramid scheme that did not use blockchain at all. As stated by FBI assistant director-in-charge, William Sweeney, Jr:

“Unlike authentic cryptocurrencies, which maintain records of their investors’ transaction history, OneCoin had no real value. It offered investors no method of tracing their money, and it could not be used to purchase anything. In fact, the only ones who stood to benefit from its existence were its founders and co-conspirators.”

Ringleaders of the Scam

Records from the investigation show that the two ringleaders of the scheme are Ruja Ignatova—the “Cryptoqueen”— and Konstantin Ignatov (Ignatova’s younger brother), along with other OneCoin representatives.

OneCoin Ltd. was co-founded in 2014 by Ignatova out of Sofia, Bulgaria. Ignatova served as OneCoin’s top leader until she disappeared from public view in October of 2017. Ignatov then assumed high-level positions in OneCoin and rose to the top leadership position by mid-2018.

Furthermore, the investigation revealed that Ignatova conceived of the OneCoin business “fully intending to defraud investors,” according to the court documents. In one email between Ignatova and her co-founder, she describes her “exit strategy for OneCoin:

“Take the money and run and blame someone else for this….”

In early 2019, Ignatov traveled to Las Vegas, Nevada, to conduct OneCoin-related business. There he met with Mark S. Scott, a former partner of a major US law firm who assisted Ignatova and others allegedly launder more than $400 million (he was arrested on Sep. 5th, 2018, for charges related to those allegations).

By the end of the trip, law enforcement officials arrested Ignatov at Los Angeles International Airport on one count of conspiracy to commit wire fraud, which carries a maximum sentence of 20 years in prison.

Ignatova, the founder of the scam, was charged with wire fraud, securities fraud, conspiracy to commit money laundering, and others charges. She is still at large.

Implications of the Scam

The OneCoin scheme is of similar scale to the well-known crypto Ponzi scheme BitConnect, which also defrauded investors out of billions (using a real blockchain). Even after BitConnect, investors have fallen prey to other blockchain-related schemes, especially around cryptocurrency mining.

Although cryptocurrency and blockchain hold promise, the newness of the technology has left many investors susceptible to deception and scams; It is critical that users and investors educate themselves on how a blockchain works and on best cybersecurity practices in order to protect themselves.

“These defendants executed an old-school pyramid scheme on a new-school platform… defrauding investors out of billions. Our Office urges all crypto investors to scrutinize investment opportunities, recognize the prevalence of fraud in this underregulated space, and proceed with caution.”