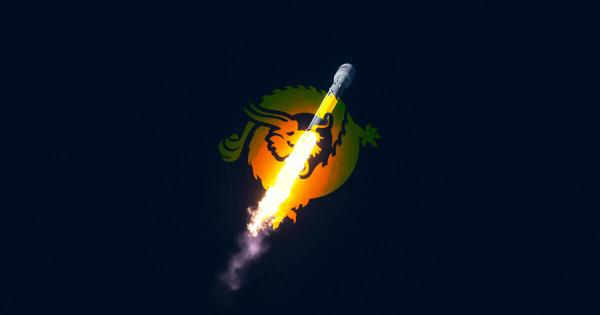 On-chain metrics reveal that the Bitcoin SV network is growing steadily. Meanwhile, its price sits on top of a significant support barrier.

Bitcoin SV has been in the center of controversy since it forked off Bitcoin Cash in mid-November 2018. Although Craig Wright and Calvin Ayre were able to bring a significant number of businesses and developers to the BSV ecosystem, the token has rarely been profitable to mine.

Indeed, BSV miners accumulated gross losses of $2.2 million for electricity alone last year, according to BitMEX Research. These losses were even larger once hardware depreciation, overhead, and labor were accounted for.

Additionally, multiple crypto exchanges around the world such as Binance have delisted Bitcoin SV from their list of traded cryptocurrencies. And, other leading trading platforms including Coinbase have refused to support this cryptocurrency.

Despite the polemic surrounding Bitcoin SV, it has managed to keep a year-to-date return of nearly 170 percent and data from IntoTheBlock reveals that its network has been quite active lately.

The machine learning and statistics modeling firm reported that the number 6 cryptocurrency in terms of market cap has experienced a spike in the number of transactions and volume in its network over the past week.

Bitcoin SV averaged a total of 550,430 on-chain transactions per day. Approximately 4.42 million transactions were made in the last seven days. The on-chain volume transferred within this period of time was equivalent to $810 million, according to IntoTheBlock.

Roughly 55.45 percent of those transactions took place in the eastern hemisphere. IntoTheBlock pointed out that this is where adoption for BSV seems to be faster based on its East-West statistical model.

The increasing network activity that Bitcoin SV has experienced over the last few days suggests that it could be preparing for a significant price movement.

IntoTheBlock’s “In/Out of the Money Around Current Price” model estimates that Bitcoin SV is sitting on top of a major supply barrier. There are 57,000 addresses that bought over 761,000 BSV between $161 and $171, which is providing strong support.

Conversely, there are 15,550 addresses holding 262,000 BSV at an average price of $173.36. This cluster of holders can be considered as a weak resistance zone in the event of a further price appreciation.

While it is uncertain what the future may hold for Bitcoin SV during the ongoing global pandemic, the team behind it continues making strides towards facilitating micropayment transactions as Lead Digital Strategist at Fundstrat, David Grider, said:

“It’s still early days for cryptocurrency technology and there is little certainty around what the winning implementation will be. The BSV community is taking steps to position BSV as a scalable and robust platform with a focus on growing network adoption.”