No, Bitcoin Isn’t Crashing: 3 Reasons Why Bitcoin Is About to Explode 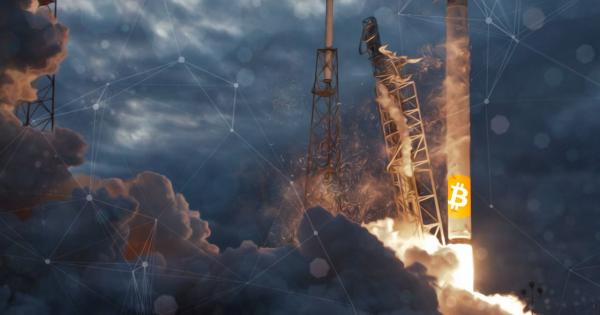 The cryptocurrency market is currently in a spasm of uncertainty as recent industry news sparks an ongoing selloff that has resulted in Bitcoin slipping below the $8,300 level in a one-month low. The recent announcement of Google’s ban on cryptocurrency advertising combined with movement from the US that implies a potential “crypto crackdown” has many investors dropping bags — but is the “FUD” justified?

Bitcoin has dropped to $8,300 as of press time, representing a sharp and sudden drop of almost $1,000 over the last 24 hours. The rapid plummet in price mirrors a March 9th drop to the $8,400 level, but a failure to capitalize on a swift recovery phase that brought the leading crypto close to the $10,000 level has catalyzed a sudden sell-off.

Despite the large amount of fear, uncertainty, and doubt present in the market at this point in time, there is a strong argument against a potential bear flag breakdown when fundamental factors are incorporated into a nuanced analysis of Bitcoin’s overall health.

We’ll proceed to explore the three primary reasons why Bitcoin is not about to drop in value but, on the contrary, is set to break above its recent $11,700 high and beyond.

The last week in the crypto news cycle has seen several key milestones for adoption buried under an avalanche of doom and gloom surrounding SEC announcements and advertising bans. Adoption is a key price driver of any cryptocurrency, and these recent announcements herald a dramatic increase in the rate at which Bitcoin is integrated into the world around us.

Notably, a recent Nomura Instinet survey of US-based merchants using the Square payment processing platform found that 60% of users surveyed — all of which boasts at least $100,000 of annual revenue — would accept Bitcoin as a form of payment.

Square has recently positioned itself as a leader in the cryptocurrency payment processor sector, and has been providing Square Market users with the ability to purchase goods and services with Bitcoin since 2014.

A more interesting development on the Bitcoin adoption front comes in the form of a recent Playboy announcement stating that the adult entertainment industry giant will be launching an online payment wallet that supports several crypto payment types, beginning with the Vice Industry Token.

According to a Playboy press release, Playboy.TV will begin accepting crypto payments later this year, which will be incorporated into the company’s casual gaming, AR and VR initiatives at a later stage. Playboy Chief Commercial Officer and Head of Operations Reena Patel indicated in the release that the move is intended to capitalize on increased consumer interest in cryptocurrencies:

“As the popularity of alternative payment methods continues to grow around the world, along with the reach of Playboy’s digital platforms, we felt it was important to give our 100 million monthly consumers increased payment flexibility”

The importance of pornography — and vice in general — on the implementation and adoption of new technology cannot be understated.

The 1980’s videotape format war that saw VHS supplant Betamax is largely attributed to JVC and the VHS consortium allowing pornographic content to be distributed via the VHS medium, compared to Sony’s’ recalcitrant position on adult content distribution via Betamax.

With the implementation of the Lightning Network scaling layer solution around the corner, Bitcoin is positioned for a dramatic rise in adoption over the course of 2018. Pulsar, a data analytics platform that focuses on social media tracking, found that Bitcoin “is creeping into the mainstream consciousness” in a recent report, stating that adoption has “moved past the point of niche interest and into an early phase of public participation in digital currency.”

The looming threat of regulatory crackdowns has played a major role in the recent Bitcoin price drop. Despite ongoing posturing from the US SEC and other regulatory bodies, however, the last week has seen a number of developments that are key signs regulatory bodies are developing a more nuanced perspective on cryptocurrency regulation

Wednesday’s US Congressional hearing on cryptocurrencies and ICO markets demonstrated that US legislators are drifting toward a positive stance on the regulation of cryptocurrencies, with Rep. Ted Budd stating during the hearing that crypto regulation is “something that the U.S. has to get right” to avoid the US falling behind in finance and technology innovation.

Meanwhile, the State of Illinois has made moves to mirror Arizona’s decision to allow residents to pay tax with Bitcoin. State Representative Michael J. Zalewski introduced House Bill 5335 on the 5th of March, proposing that the state department of revenue accept cryptocurrencies as a method of paying tax.

The acceptance of Bitcoin as a payment method for governmental purposes is a major stepping stone toward legitimacy and has a profound effect on the cryptocurrency landscape in general.

Other regulatory movements this week include the U.K.’s Financial Conduct Authority awarding Coinbase with an e-money license that provides them with the ability to issue cash alternatives and provide payment services. Coinbase announced the licensing via the Coinbase blog, claiming the position of the first crypto exchange to support the UK’s “Faster Payments Scheme”.

Coinbase’s e-money license will extend beyond the UK to 23 countries within the EU. The licensing represents a significant move from the UK FCA in officially recognizing Coinbase as adhering to regulatory rules and the UK Payment Services Directive, reinforcing the legitimacy of cryptocurrencies and, by extension, Bitcoin.

Institutional Capital is Breaking Down the Door

The retail investor market may be shaken by the recent disruption in the cryptocurrency market, but institutional investors are beginning to enter the cryptocurrency ecosystem wholesale. Goldman Sachs-backed mobile Bank Circle recently acquired Poloniex in a power move that brings traditional financial giants directly into the crypto fray.

A recent Diar analysis shows that Wall Street investors and VC have been slowly creeping into the cryptocurrency and DLT market for some time. Platforms such as Mastercard, New York Life Insurance Company, and CIBC have invested heavily in the Digital Currency Group.

While financial institutions such as Barclays, Wells Fargo, and ING have entered the blockchain ring with R3 and its DLT-based financial market OS.

The increasing presence of venture capital and institutional money in the cryptocurrency market is a key sign that crypto is highly unlikely to go anywhere soon.

With platforms such as Lendingblock bringing critical financial instruments integral to traditional securities markets to the blockchain space and organizations such as Grayscale and Coinbase launching index funds, 2018 is set to be the year in which the institutional floodgates open — potentially resulting in a dramatic spike in crypto values.

Bitcoin and other cryptocurrencies may be dropping in value as weak hands exit the market, but fundamental factors and common sense dictates that Bitcoin is primed for a dramatic bull run that will likely have McAfee breathing a sigh of relief.