Cryptos came to Capitol Hill on Wednesday this week, with a subcommittee of the United States House of Representatives Financial Services Committee holding a hearing entitled “Examining Cryptocurrencies and ICO Markets.” The hearing, which marked the first time Congress tackled the regulatory issues surrounding initial coin offerings, highlighted an apparent schism between US lawmakers regarding blockchain […] 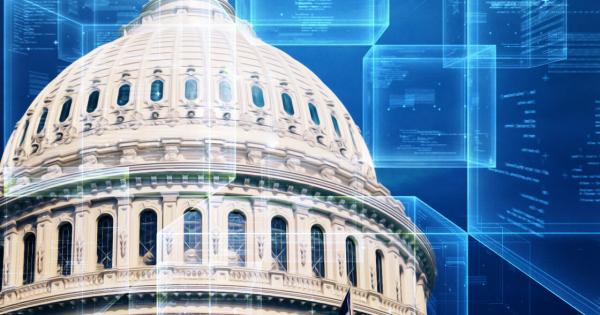 Photo by Jomar on Unsplash

Cryptos came to Capitol Hill on Wednesday this week, with a subcommittee of the U.S. House of Representatives Financial Services Committee holding a hearing entitled “Examining Cryptocurrencies and ICO Markets.” The hearing, which marked the first time Congress tackled the regulatory issues surrounding initial coin offerings, highlighted an apparent schism between US lawmakers regarding blockchain technology and digital currencies.

The Wednesday morning hearing presented was largely educational in tone, drawing a range of industry, legal, and academic witnesses, and focused on questions regarding the regulatory parameters governing both cryptocurrencies and initial coin offerings present in the US today.

The strong lineup of advisors, however, appeared to provide little context to some of Congress’s less technically-apt members, with Rep. Brad Sherman demonstrating a lack of context regarding the purpose and function of cryptocurrencies:

“A currency is both a store of value… and a medium of exchange … is there any reason why I would need a cryptocurrency to pay for my groceries or anything else that wouldn’t be adequately served by using dollars?”

Democratic Party member Carolyn Maloney presented a critical perspective of digital currencies as a whole, making references to the “inevitable burst” of the cryptocurrency “bubble.” Less-informed positions on the nature of cryptocurrencies and blockchain technology, however, were balanced by more nuanced perspectives from Representatives such as Tom Emmer, who highlighted the lack of clarity present within the hearing:

“I hear elected officials who don’t have any concept of what we’re dealing with here … talking about ‘we have to go in and regulate.”

Emmer was supported by Rep. Ted Budd, who called attention to the need for a forward-leaning US position on cryptocurrency regulation:

“Regulation in this space is something that the U.S. has to get right, because poor or rushed policy in cryptocurrencies really threatens our reputation in finance and technology.”

Some of the more inflammatory remarks made during the hearing, however, drew ire from the crypto community — specifically, California Rep. Brad Sherman’s statements referring to cryptocurrencies as a “crock”:

“Cryptocurrencies are a crock. They are popular with guys who sit around in their pajamas and tell their wives they’re going to be millionaires.”

The response from the crypto Twittersphere was unsurprising, with many community members taking to the social media platform to vent their frustration with Rep. Sherman’s position.

Tagging @BradSherman because I'd rather talk to him than about him. Congressman, your views on cryptocurrencies are outdated & poorly researched. You showed extreme ignorance of both the world economy and the technology behind crypto. You left mid-hearing, why? #ICOsInTheHouse

Despite the divergent viewpoints held by some members of Congress, a large portion of members of the House Capital Markets, Securities and Investment Subcommittee expressed a desire to create a regulatory framework that provides an ecosystem friendly to the development of innovative technological solutions while simultaneously protecting investors.

While  Rep. Bill Huizenga of Michigan — the chairman of the Capital Markets, Securities and Investment subcommittee —declared that “Congress is not going to sit by idly with a lack of protection for investors,” overall sentiment within the hearing appeared to reflect international regulatory stances on cryptocurrency, emphasising a need for increased clarity and understanding in order to ensure the US keeps pace with the rapidly developing blockchain ecosystem.

Wednesday’s hearing was the third Capitol hill event focused on cryptocurrency in the last two months.

The conversation regarding crypto regulation is likely to continue for some time, however, as evidenced by Rep. Bill Huizengas’ closing remarks to the panelists, stating: “I believe that this is probably hello and not goodbye.”

A full webcast of the hearing can be viewed via YouTube: