Facebook announced at the end of January that cryptocurrency, ICO and binary option ads are now banned from its platform. 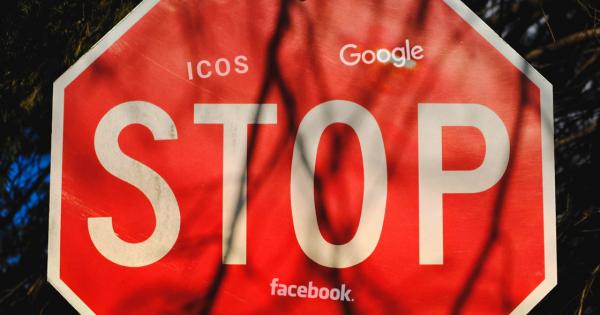 Photo by Michael Mroczek on Unsplash

Facebook announced at the end of January that cryptocurrency, ICO and binary option ads are now banned from its platform. Google mirrored this move on Tuesday and announced that they will also have a ban on cryptocurrency advertising that will go into effect from June 2018.

Facebook and Google account for approximately 73% of digital advertising in the U.S according to a report done by the Pivotal Research group.

Not surprisingly many new crypto startups were advertising their ICOss and cryptocurrencies on the two tech giants. Unfortunately, as in the rest of the business world,  not all crypto startups are legitimate, and 2017 was a year to be remembered when it came to ICO scams.

Did ICO Scams play a part?

Confido managed to raise $375,000 before the project creator disappeared. Karbon raised $200,000, it was revealed that there was no token linked to their project as originally stated. BitConnect, one of the more famous scams was exposed in early 2018, the price dropped by 90% going from $400 to $17.25 in January (its price currently sitting at $2.20).

Many of the scams were able to lend legitimacy to their projects as well as increasing their reach through the use of advertising on social media and Google. In order to try and stem the number of scams that are being advertised on their platforms, the duopoly decided to take the drastic move of banning cryptocurrency advertisements.

Facebook was the first to report the advertising ban in January and then on Tuesday, March 14th Google followed suit. Google has not stated why it has put the ban in place, but the timing of the policy happens to be at the same time that regulators on both state and federal levels in the U.S are cracking down on ICO’s.

Although both companies have appeared to keep their policies “intentionally broad”, Facebook at least has said that it will: “revisit this policy and how [they] enforce it as [their] signals improve.”

Google announced the move as part of an update to its policy, which will also ban other risky financial products. The policy states that ads for cryptocurrencies and related content (including but not limited to initial coin offerings, cryptocurrency exchanges, cryptocurrency wallets, and cryptocurrency trading advice) will no longer be allowed.

“We want people to continue to discover and learn about new products and services through Facebook ads without fear of scams or deception. That said, there are many companies who are advertising binary options, ICOs and cryptocurrencies that are not currently operating in good faith.”

The ban will come as a blow to many newcomers in the industry who were hoping to use the tech giants platforms to promote their new products. However, many fans of cryptocurrency see it as another reason why they are fans of decentralization and the need to remove this type censorship through the use of blockchain technology.

Additionally, the plethora of privately-owned cryptocurrency news and ICO listing sites will certainly benefit from tech behemoths no longer in competing with them for ICO ad dollars.