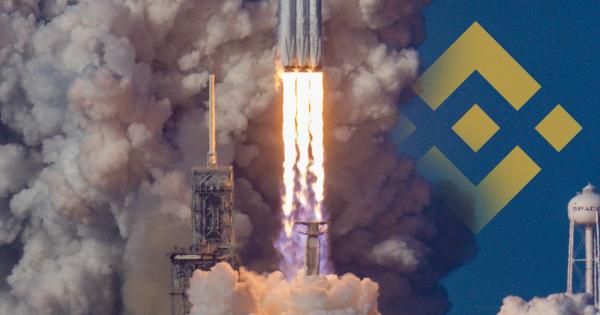 According to a Medium post from December 5, the company plans on launching its very own blockchain network. While no exact dates have yet been specified, the company did say that the network will launch sometime in the first few months of 2019.

Binance also announced that it will move its native cryptocurrency, the Binance Coin (BNB) from the Ethereum network to Binance Chain, saying that “details on when Binance Coin will transition from an ERC20 token to a native Binance Chain asset will be revealed soon.” As stated in the press release:

The launch of the company’s own blockchain follows its earlier plans to launch a completely new decentralized exchange. According to Binance, the community-driven decentralized exchange will allow traders to issue and exchange digital assets without having to deposit onto a central exchange. The new exchange is currently being built on top of Binance Chain, and will use Binance Coin (BNB) as a native asset, the company explained.

The move doesn’t come as a surprise, though, as Binance CEO Changpeng Zhao, has frequently criticized Ethereum for its lack of speed and scalability. He believes that most leading blockchains that support smart contracts, such as EOS and TRON, are too slow to enable mainstream adoption. Back in August 2018, Zhao told Fortune that he thinks the existing blockchains will cede the field to more specialized applications.

And while Ethereum developers have already agreed on a system-wide update that will fix major issues such as scalability, Binance went ahead with plans to launch its own network and decentralized exchange.

Binance DEX was built as a direct response to the need for a “high capacity chain” and an easy-to-use decentralized platform, Zhao explained in an interview. He also noted that Binance Chain’s expected “instantaneous” transactions will make it a direct competitor to Ethereum, and by extension to other smart contract platforms such as EOS, Stellar, and Tron.