Litecoin has set a new all-time high to register a rise of more than 4,000% year-to-date. 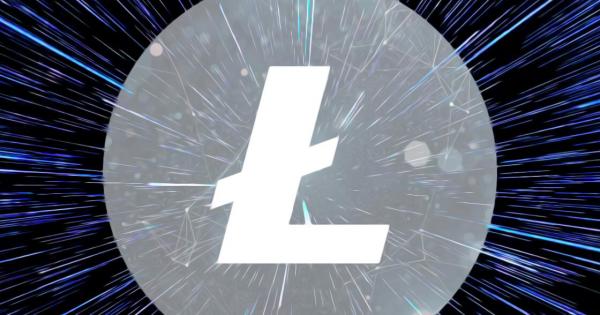 Litecoin has set a new all-time high to register a rise of more than 4,000% year-to-date. Commonly viewed as the “silver” to Bitcoin’s “gold,” Litecoin has had an incredible year.

Litecoin is trading at $157 USD on GDAX at press time, marking a 54% price increase over the past 24 hours. LTC began the year trading in the $4 dollar range, eclipsing Bitcoin in percentage gain since the beginning of the year.

Bitcoin is currently trading at around $16,000 and has risen by approximately 1,600% since the beginning of the year.

Analysts cannot help but discern a correlation between the movements of these two currencies. The pairs’ correlation actually spans back several years.

Over the past several months, there have been numerous instances where the two reached price correlations of between 0.7 and 0.95.

The fact that Bitcoin’s rise has a directly correlated effect on the gains of Litecoin should come as no surprise. The two platforms boast a number of similarities but the latter offers a less costly and more readily available alternative to crypto traders. It has its focus on traders who operate on high volumes of small transactions and require faster processing.

This provides a welcome reprieve for traders who appreciate the Bitcoin framework but cannot get past its downsides. With the current upsurge on the BTC network, the volumes of trade are almost overwhelming and this has impacted negatively on speeds and transaction fees.

Other Likely Causes for the Upsurge

Additionally, the fact that Litecoin is included in the top U.S. cryptocurrency exchange platform, Coinbase, makes it a highly attractive investment option. The platform has more than 13 million users of whom more than 10 million have active accounts.

Only a month ago, it was also included in South Korea’s second largest exchange, Coinone – a platform for traditional investors since it operates an offline exchange. Most of its traders are high profilers and institutional investors from the incumbent financial organizations.

Speculators have also offered a number of explanations for the recent surges in the crypto coin. One of these is the dwindling support for other altcoins based on the Bitcoin blockchain.

The BTC and LTC rally in fact coincided with a significant drop in Bitcoin Cash. This could be a bold statement from the community showing their allegiance to Litecoin as the only Bitcoin alternative.

Where Does Crypto Go from Here?

The cryptocurrency market as a whole is increasingly gaining traction with only a few exceptions. The month of December is likely to go on record as the best crypto month this year. The excitement today is almost palpable as the community awaits the launch of CBOE’s futures product for Bitcoin scheduled for December 10th. This is bound to impact the entire crypto ecosystem and will likely push it to new highs.