LinksDAO just raised $10.5 million and is looking to decentralize the golfing experience

Not even the stuffy golf club experience is immune to DAOs. 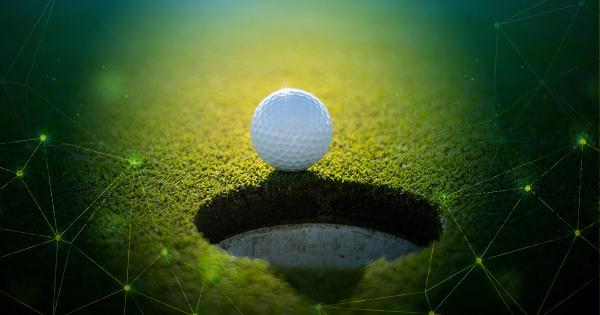 LinksDAO, a decentralized autonomous organization founded by Mike Dudas, has sold out its debut collection of NFTs raising $10.5 million. The funds, according to Dudas, will be used to shake things up in the real world by reimagining the country club.

The goal of the DAO is to buy a Top 100-caliber golf course in the US and transform it into a modern leisure club for a “global community of thousands of enthusiasts.”

And while this might seem like a crossover too ambitious to the stuffy golf club experience, the project has already gotten quite a bit of attention and is betting on the success projects like the ConstitutionDAO saw in the past few months.

LinksDAO: Decentralizing golfing one NFT at a time

A community-operated golf club is an idea that attracted quite a lot of attention—LinksDAO sold out a collection of over 9,000 NFTs in hours after the launch, pocketing in a hefty $10.5 million from the sale. The NFTs provide their holders with a set of exclusive perks, which include the right to purchase a membership at the club LinksDAO buys, discounts on golf tee times, and access to members-only Discord channels.

Users that bought LinksDAO’s two NFTs (one representing a “leisure” and the other a “global” membership) will also receive an allocation of LINKS, the governance token for the project set to launch in the coming months. Those holding LINKS will be able to vote on everything from where the proposed golf club will be located to the day-to-day running of the operation.

And for those that don’t want to bother participating in the complex process of decentralized governance, there’s always the open market where LINKS tokens can be sold for cash.

However, the project’s founder Mike Dudas believes that this won’t be the norm, as the project has already attracted an excited community.

“We hope it shows sports communities that folks in crypto have passion, new ideas, capital, and conviction to create new models of membership, fun, and participation,” he said in an interview.

And the community will need to have quite a bit of passion in order to get the project off the ground.

We are buying a golf course

A PGA-certified golf course can cost tens of millions of dollars and requires millions to cover operational costs.

“It is not cheap to buy and operate a world-class gold operation. To do so, we will absolutely need additional funding,” Dudas said.

Quite a bit of that funding will also need to be spent on some quite unglamorous accounting. In the US, a DAO isn’t a recognized legal entity and, as such, cannot hold assets or own companies. In order to actually own a golf course, LinksDAO will have to create a separate operating entity that will own the physical assets and serve as the day-to-day operating company for the golf course. According to Dudas, the DAO is currently in talks with legal experts to come up with the best solution for this.

LinksDAO also plans on giving its members the opportunity to purchase a stake in the operating company. If successful, this would be the first time NFTs provided holders with the ability to receive equity ownership, and in turn, receive cash flows from the operation.

Web3 and golf—a match made in heaven or a short-sighted organizational nightmare?

The mission in a nutshell pic.twitter.com/JV17oWXdHf

The popularity DAOs have seen in the past several months, caused mostly by the quick rise of ConstitutionDAO, has made the LinksDAO community very optimistic when it comes to the realization of the project. Dudas told the Golf  magazine that he was inspired to create LinksDAO by his aversion to the stodginess and strictness of traditional country clubs. The Connecticut native, who founded The Block, said that the uptight customs and exclusive memberships were his least favorite part of golf growing up and that DAOs provided him with a way to bypass that.

This seems to have resonated with people, as thousands of avid golfers and DAO enthusiasts flocked to the project’s Discord server, where they participated in a series of town hall meetings throughout the past week.

However, the project, like many others, could become the victim of its own success.

The hype surrounding DAOs and the quick-paced development cycles so prevalent in the crypto industry could attract a lot of starry-eyed enthusiasts and deter those less romantic from joining the project. This, at its core, is a real-world business venture, and those knee-deep in the world of DAOs could have a hard time coping with the pressures of operating a golf course.

There’s also the question of sustainability—how long can such a venture last if the DAO craze dies down? And if it doesn’t die down, how will the club deal with potentially having tens of thousands of customers.

These questions were also asked by Golf, which noted that the project was filled with abstract mentions of “community” and “equality,” but light on details on how things will work in real-life.

“It doesn’t take a cynic to imagine that a private club composed of thousands of golf- and crypto-fiends from around the world might turn out less like a laidback National Golf Links and more like a members-only Lord of the Flies,” the magazine noted.

Luckily, Dudas and the rest of the team involved with LinksDAO are aware of these challenges and are working on solving them. This, Dudas explained, won’t work through pure utopian belief.

“Fortunately, we have people who are clear-eyed and skeptical and very committed to wrestling with tough questions. We’ll see how it goes.”