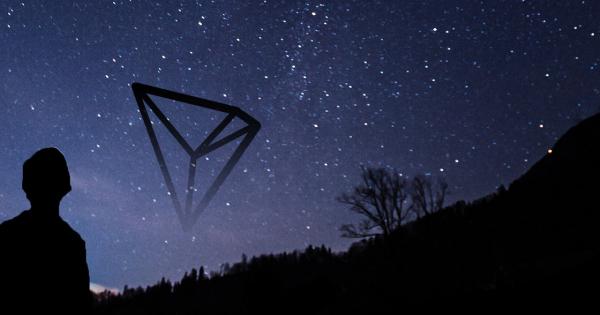 Justin Sun rebutted claims by a former BitTorrent executive who said that tokenizing BitTorrent’s economy on Tron would “literally destroy it.”

Speaking to Breaker Magazine, BitTorrent’s ex-Chief Strategy Officer (CSO) Simon Morris on Friday raised a host of questions about the technological capabilities of Tron and CEO Justin Sun, asserting the blockchain would “melt” under the strain of the envisaged tokenized BitTorrent network. Furthermore, he claimed that the team would deceptively use centralized architecture to boost transactional throughput.

Morris, who according to Breaker, originally conceived of the recently unveiled BitTorrent Token, had the following criticism:

On Monday, Sun wrote a Reddit post titled “Addressing the Recent Questions Around BitTorrent Token’s Upcoming Rollout” likely with the intention of taking some of the heat off of Tron.

Despite officially blasting Morris as a “disgruntled employee” with “little insight into Tron operational plans,” as Breaker reported, Sun did concede that the former BitTorrent executive had spoken one truth in his interview:

“The former employee, Simon Morris, got one thing right in his statement to an online cryptocurrency outlet: based on confidential research done while he was at BitTorrent, he describes the project’s tremendous potential: ‘Automated auctions to prioritize download queues, Morris says, could make the entire BitTorrent network as much as 40 percent faster.’”

The Tron CEO did not offer comment on a number of Morris’s arguably more damning concerns, including statements such as Sun takes a “Trumpian approach” to lies and “doesn’t have a technical bone in his body.” Morris went as far as to suggest that Tron’s team might even misrepresent, through its marketing, the architecture of Tron:

“I suspect that what they’re really going to do is they’ll do it on some central server, they’ll wave their hands and say, ‘Oh, it’s a Lightning Network for Tron,’ or something, and pretend it’s Tron-based, but it’s not really Tron-based.”

But according to Sun, the project’s white paper, released a week prior to the Breaker interview, describes a “hybrid approach” that sheds light on how Tron will scale to reach BitTorrent’s noted transactional requirements. Sun stated:

“Our project whitepaper was published on Jan. 3rd, a full week before the online article, and answers some of the very questions posed by the former employee. In the whitepaper, we write: ‘BitTorrent Inc. will deploy an ‘on-chain/off-chain exchange,’ which exists to facilitate the transfer of tokens between a high-performance private ledger and the public TRON blockchain.’”

For Sun’s assurances, however, the paper’s concise description of a “high-performance private ledger” may read as one that is deliberately opaque, and could vindicate Morris in his suspicions of a covertly centralized, and decidedly Tron-less, BitTorrent Token. Or, maybe Tron really does have a unique, innovative solution for better scaling BitTorrent.

Ethereum, TRON, and Iota have outperformed most other major cryptocurrencies by the 30-day Sharpe ratio, a measure developed by Nobel laureate William F.

While reports on the impact of blockchain seem to focus mostly on cryptocurrencies, the technology is affecting industries across the board, with gambling being the one that benefits the most from secure ledgers.

Justin Sun and Vitalik Buterin clash once again over Twitter.