The 166 year-old bank is struggling amid a series of disastrous events, but Justin Sun is willing to buy Credit Suisse assets and bring them into Web3. 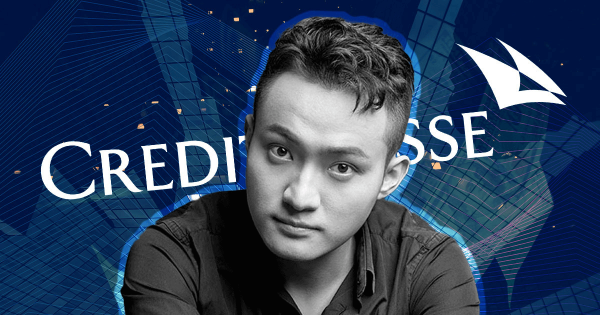 TRON-founder Justin Sun tweeted an offer to buy assets or shares in Credit Suisse to bring it into Web3.

It is unclear whether this was a flippant comment mocking the struggling bank or if Sun has genuine ambitions to acquire the legacy bank/its assets, similar to how FTX has “saved” distressed crypto businesses.

Credit Suisse is looking to restructure

Year-to-date, Credit Suisse Group AG has seen its stock price tank 60%, while its bonds set record lows on Oct. 3 amid growing concerns over the bank’s ability to restructure without further borrowing.

The cost of buying insurance against Credit Suisse defaulting on its debt (also known as Credit Default Swaps (CDS), has spiked to record highs in recent times, suggesting the market is bracing for a collapse.

Off the back of trading losses, its exposure to the Archegos scandal, in which the NY-based hedge fund manager defaulted on margin loans to the tune of $10 billion, and multiple lawsuits, senior executives within the firm will reveal a restructuring plan at the end of this month in a bid to stabilize operations.

“We will be doing asset sales and divestitures just so we can fund this very strong pivot we intend to achieve towards a stable business.”

Banking analyst Johann Scholtz played down the risk of the 166-year-old bank failing, especially talk of this being a Lehman Brothers-styled event, calling a collapse unlikely.

“Credit Suisse is well capitalised — at worst, its capital adequacy is in line with its peer group. Liquidity is an underappreciated strength of Credit Suisse.”

Sun commented that he is poised to scoop up Credit Suisse asset sales and divestitures to bring them into Web3. However, the TRON founder did not elaborate precisely on what this would entail.

Sun recently spoke in Macau at the Upbit Developer Conference (UDC) via video link and said a wealth of opportunities are available with Web3.

With that, he revealed that TRON is proactively moving into the Web3 space in a bid to capture value early on.

“The TRON ecosystem is striving in multiple fields such as community, technology, and asset liquidity to democratize finance and foster a better environment for art, games, media, etc. in Web 3.0.”

Based on TRON’s current rate of 50 million newly opened accounts per year, the entrepreneur expects to rival Ethereum’s user base by next year.