IBM announced the launch of its blockchain-based tracking program Food Trust yesterday, partnering with grocers the world over.

Initial tests of the tracking system were narrow in scope, according to Forbes. Over the past 18 months, the system has been tested to track one or two items at a time throughout the supply chain. WalMart started using Food Trust to track lettuce and spinach, announcing the switch in September.

With participants including @CarrefourGroup, @Nestle, @kroger, @TysonFoods, @Walmart and @Unilever, our #blockchain-based food traceability solution is now live for use by all players across the food ecosystem. #IBMFoodTrusthttps://t.co/zXzVQjf8SK

Now, more large-scale partnerships and availability to anyone in the food industry looking to use it will expand the reach of IBM’s program globally. French grocery retailer Carrefour, which has 12,000 stores spread across 33 countries, announced a partnership with IBM and intent to implement Food Trust. Topoco Associates and Wakefern, with a combined store count of more than 15,000, have also signed on.

“Being a founding member of IBM Food Trust platform is a great opportunity for Carrefour to strongly accelerate and widen the integration of blockchain technology to our products in order to provide our clients with safe and undoubted traceability.”

Food suppliers BeefChain, Smithfield, and Dennick Fruit Source have also agreed to be founding members of the Food Trust system. Nestle, Tyson, Kroger, and Unilever will take part as well.

Transparency as the Currency of Trust

In today’s connected world, transparency is easier than ever to achieve, and the demand for it has risen, especially when it comes to what we eat. People want to know where their food was raised, how it was treated, whether there are any additives or hormones. And if one retailer can’t or won’t answer that, customers will shift to one that will.

“The currency of trust today is transparency and achieving it in the area of food safety happens when responsibility is shared.”

IBM says their Food Trust platform overcomes the critical barriers to implementing a blockchain-based system at a global scale. It manages to build an ecosystem that creates value for the parties participating in it, ensuring they get a return on their investment. It was also built to be integrated into existing technology, and standardized for ease of use across the food supply playing field: growers, retailers, and wholesalers all have incentives to use the system.

Sometimes, those incentives are intangible, as with Carrefour’s decision to implement Food Trust as part of its corporate responsibility program. But Food Trust can also be used for more pragmatic efforts, like finding bad food that needs to be recalled and getting it off the shelves by knowing exactly where it went.

Technology companies like 3M and Centricity are helping on the data side to connect retailers and growers to the food trust system where they live, and get their data on the blockchain.

Food Trust reportedly comes in three modules: tracing, certification, and data entry. The tracing module traces the location of products, the verification module can certify that organic products are indeed organic, and the data entry module lets everyone on the supply chain make sure their data gets into the system. The data entry module is available for free, while the tracing and certification modules are available on a tiered price scale based on business size. 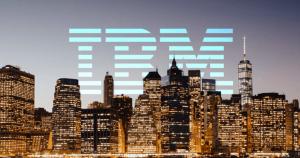 John Bogna is a freelance writer and journalist with seven years of experience covering everything from arts to tech.

IBM Blockchain Platform is an integrated business-ready platform that addresses the full lifecycle (develop, govern, and operate) of a multi-organization blockchain network. It is designed to accelerate, through collaboration in each phase, the creation of “built for business” global blockchain networks with the performance and security for even the most demanding use cases and regulated […] Learn More ➛