According to the latest gaming gossip, the latest in the popular open world gaming series will integrate cryptocurrency into its returning stock market feature. 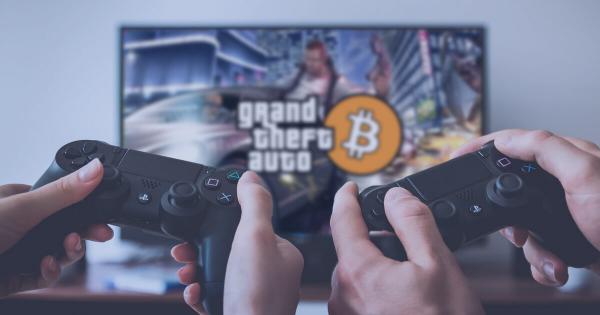 New York-based video game publisher Rockstar Games released the iconic GTA 5 almost eight years ago, and we still don’t know when GTA 6 is coming out. But, according to rumors, Bitcoin could play a role in the upcoming title’s in-game economy.

“I heard recently that in GTA 6, some missions will reward you in bitcoin instead of cash for completing some missions. The stock market feature will return, with the addition of a broker for different cryptocurrencies. If GTA 6 incorporates this right, it’s huge for crypto,” said Henderson in a tweet.

Just so there's no confusion, I mean in-game payments of bitcoin.

These payments will come from the more higher up characters that needs to transfer high amounts of "untraceable cash and fast".

As some fans confused his post to be referring to actual Bitcoin, Henderson explained the sequel could feature a fictional cryptocurrency and not the “real” crypto intended for the in-game economy, similar to how the stock market feature is incorporated into GTA 5.

“Just so there’s no confusion, I mean in-game payments of bitcoin,” clarified Henderson, adding his reliable source said the cryptocurrency featured in the game will probably not be called “Bitcoin,” he said.

What does this mean for crypto

Henderson pointed out that incorporating a fictional cryptocurrency into an action-adventure game could be “huge for crypto” which opens a discussion about the impact of such exposure in terms of greater adoption.

It normalizes cryptocurrencies to people that otherwise might not have had a lot of exposure to them.

As the crypto space keeps expanding in the profane sphere, authorities are insisting that everyone is playing by their rules.

With all the jail threats, tax policies, and bank regulations that keep popping up revolving around crypto, it’s hard not to reminisce of another game classic called Monopoly.

The main difference is, as every old-timer knows, the utilities in Monopoly aren’t worth much and lack explosive-growth potential, whereas the electricity is a game-changer when it comes to crypto.

Pay the bank and stay out of jail if you want to roll your dice.

New electric car ‘Spiritus’ will mine Dogecoin and Bitcoin while parked