Meet the man who was working to integrate digital payments into our daily lives and build cryptocurrency before there was even such a thing as a cryptocurrency. 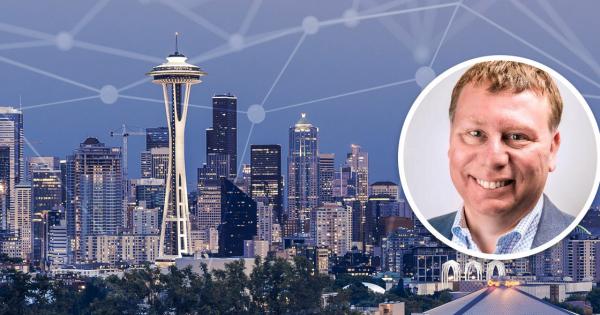 Meet the man who was working to integrate digital payments into our daily lives and build cryptocurrency before there was even such a thing as a cryptocurrency. That’s right, Lawrence Lerner pioneered systems to enable digital cash and has been building cash-less payment and financial reward systems since the late eighties. Lerner’s story and journey from software engineer to CEO offers a unique insight into how and why cryptocurrencies evolved into what they are today.

Lerner is currently the CEO of Seattle-based Pithia, part of the RChain Coop ecosystem, a $170 million fund responsible for investing in innovative projects around the RChain platform and other blockchain-based companies.

Lerner studied at the University of Chicago where he was in one of the first to become part of the Computer Science program. Initially, he studied C++, C, Pascal, and LISP at a time where computer programming was still a largely ignored profession.

Lerner dove head-first into a series of projects that became the backbone of his career building cashless, digital payment systems.

Lerner engineered a payment system for Southwest Missouri University that used magnetic strips built into student ID cards, a first of its kind in the United States. Given that this was the late eighties, Lerner noted:

“Today, you wouldn’t think twice about a system like this but back then it was cutting edge.”

Lerner is right, this was a big deal at the time – this point-of-sale system for debit and credit cards would later be the model for cashless stores in campuses. As strange as it sounds, centralized cashless systems like the one Lerner built were the earliest incarnations of frictionless transactions. Digital payment systems guaranteed by a centralized authority where cash rarely changes hands was a truly foreign technology at the time.

At this time in his professional career, Lawrence came to a few stark realizations about the limitations of cash – it’s cumbersome, costly to produce, and slow to distribute.

Finding a way to solve these constraints, especially for third-world countries with limited or no access to banking would offer tremendous benefits and change peoples’ lives.

Fast forward a few years later – it’s the nineties and Lerner is building Discover’s loyalty and merchant programs – the first loyalty-rewards program for a credit card. Credit cards that tracked and rewarded your purchases was a revolutionary idea at the time and one that would create billions of revenue for companies in the future.

Many projects in the nineties tried to digitize cash in a more decentralized manner, and all of these projects ultimately failed.

Through his work, Lerner gained an incredible amount of knowledge and insight working with some of the earliest incarnations of digital, including DigiCash, eCash, Mondex, and Veriphone while helping Motorola develop their mobile ecommerce business.

Lerner concluded from these projects that the necessary infrastructure wasn’t there, and that these projects were “ahead of their time” – sort of like what the Nintendo Virtual Boy was for virtual reality in the mid-nineties or what the Rio was for MP3 players.

For a digital currency to proliferate into the mainstream, were needed according to Lerner:

Coming into the mid-2000s, many of these conditions were in place for a digital currency revolution to occur.

After the 2008 financial crisis, confidence was destroyed in the United States banking system.
In its wake, a pseudo-anonymous programmer named Satoshi Nakamoto was spurred into action, and his creation would pave the way for a new way of conducting digital payments.

Lerner read the Bitcoin whitepaper in 2009. During those years, he was working with Cognizant and UST Global and was tasked with building loyalty-reward programs for companies like The New York Times and Safeway.

As interest in the cryptocurrency space grew, so did Lerner’s involvement – Lerner became actively involved when Bitcoin was just a few dollars. In 2014, Lerner was an advisor for Washington state-based CoinBeyond, one of the first point-of-sale systems using Bitcoin.

Of course, “blockchain” is not a magical one-tricky pony for all companies and industries; Lerner cautions that:

“Blockchain is not internet bacon.”

Indeed, Lerner is correct that not all companies will benefit or even have a need for integrating blockchain into their business models, yet many are doing if for no other reason than FOMO (fear of missing out).

An Internet of Value

As blockchain-based companies began to proliferate and the mainstream began to become aware of the benefits of cryptocurrencies, Lerner recognized that these systems could provide an enormous amount of value to society, stating:

“It’s like the early days of the internet, blockchain can change things through communication, much like the internet.”

Of course, Lerner is not the only prolific figure in technology to believe in the power of decentralized technologies. Many tech thought leaders such as hedge-fund billionaire Mike Novogratz and early Skype investor, Tim Draper, believe now is currently the “Netscape-moment” for cryptocurrencies and blockchain.

Mainstream consciousness is waking up to the benefits of cryptocurrencies similar to how it did when the Netscape web browser allowed many people to access the world wide web for the first time. According to Lerner:

This censorship-resistant communication and frictionless transfer of digital assets are set to transform society and how business is transacted. Whether this value is paid out to miners, blockchain developers, or dApp developers, the real value is being built on the blockchain. According to Lerner:

“Just mining provides 12 million dollars in revenue a day for Bitcoin … Permissionless blockchains like Cardano and Hyperledger also provide value … It’s not warm, fuzzy pictures of kittens on websites, Blockchain is creating real value and someone is getting paid for these transactions. It’s an internet of value.”

In July of 2017, Lerner acted on this mission after he connected with Greg Meredith, President of Seattle-based RChain Cooperative and former Principal Architect for Microsoft.

Lerner was sold on an idea of a blockchain that was engineered “correct by construction” in its potential to be a “general-purpose blockchain” that could host a variety of dApps that would cater to different niches and industries, similar to the ultimate goal of Ethereum.

Through the path from engineer to Enterprise Architect to Business Leader to blockchain innovator and executive, Lerner’s work has helped build new industries and has created hundreds of millions in revenue for companies.

Lerner’s role as the CEO of Pithia, a venture capital group that manages $170 million in assets, is the next step in his story that will help build the next-generation of blockchain-based companies that may fundamentally transform the technological landscape.

In our next article, we will be exploring exactly how RChain plans to revolutionize blockchain governance and create a new ecosystem of highly scalable dApps that will disrupt a number of industries.