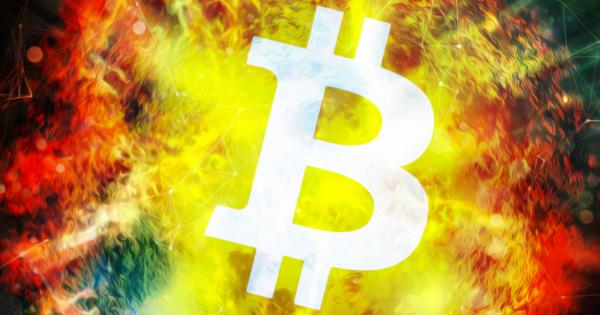 It finally happened. This week, Bitcoin hit its most momentous round-number milestone when it broke $10,000 for the first time. This is the culmination of a massive climb for the cryptocurrency, which has gained almost 900% this year.

The last two months have seen particularly prodigious growth. At the beginning of October, the cryptocurrency was trading well under $5,000, and it’s since swelled to more than double its October 1st price.

According to former hedge fund investor Michael Novogratz, we may just be seeing the beginning of Bitcoin’s growth. In an interview with CNBC’s Fast Money, Novogratz predicted that Bitcoin “could be at $40,000 by the end of 2018.”

Lest you think Novogratz is merely a speculative shock-jock, he has a track record of successful predictions in the crypto-marketplace. In October, on the same show, Novogratz publicly predicted Bitcoin’s ascension to $10,000. However, even Novogratz couldn’t predict how rapidly Bitcoin would achieve this milestone.

Bitcoin’s $10,000 achievement is only fueling continued and greater confidence in the currency. Novogratz attributes his optimism to Bitcoin’s limited supply of 21 million coins. Because additional Bitcoins will not be produced, it creates opportunities for investors to continually speculate on the value without a supply response to influence the market.

There is a global demand for cryptocurrency with citizens from powerful countries including Japan, South Korea, and the U.S. making productive investments in Bitcoin. With so many people pursuing a single commodity, its value is naturally escalating quickly. In this way, crypto-investment is a unique investment opportunity with a surprisingly resilient upside, which Novogratz plans to exploit.

Novogratz as a Crypto Investor

Novogratz isn’t a passive commentator. He’s putting his money where his mouth is. According to CNBC,

“During a mid-November plunge of more than 20 percent in Bitcoin’s price, Novogratz said he bought $15 to $20 million worth of the digital currency.”

Novogratz explains that he diversifies his crypto investment between Bitcoin and Ethereum, with roughly 50/50 holdings in the two currencies. Last month, he joined the board of advisers for a cryptocurrency exchange focusing on Bitcoin’s rival currency, Ethereum.

He has committed $150 million of his own money to the project, and he’s currently raising capital to finish funding the project. The project is a notable second act that is capitalizing on the profitability and diversity of the crypto-ecosystem.

Crypto markets frequently endure wild price fluctuations, and these rapid swings can significantly impact overly aggressive investors. Even so, in a profile by Bloomberg Novogratz revealed that 20% of his net worth is now invested in cryptocurrencies.

Throughout its rise, Bitcoin has been subject to continual skepticism as investors try to determine if its increase is the result of a bubble or because of developing market trends. So far, the optimists have won out as its value continues to climb. In September, Novogratz told Bloomberg,

“This is going to be the largest bubble of our lifetimes…you can make a whole lot of money on the way up, and we plan on it.”

With each new milestone, investors wonder if this is the bubble’s breaking point or just another breath of fresh air. Concerns of a Bitcoin bubble are indeed troubling, but with investors like Novogratz expressing such profound optimism while also committing so much of his actual money to the currencies, it’s not too far-fetched to believe that one day $10,000 will seem like a minor milestone.

XRP, the native cryptocurrency of the Ripple network is up another 10 percent as investors speculate on what has caused its price to nearly triple in the past week. 3 min read

“Enough already” was the blunt message billionaire Mike Novogratz had for the @Bitcoin Twitter account, whose latest tweets showcase its handlers affinity for the ongoing “Bitcoin Cash is Bitcoin” rally. 2 min read