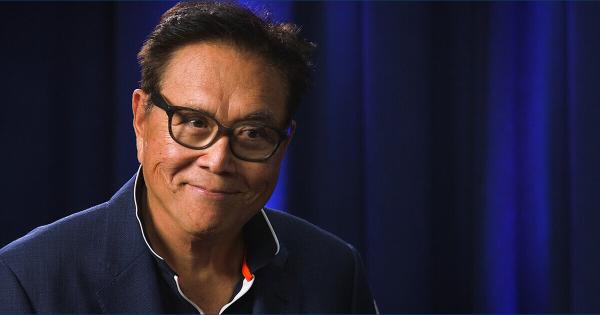 Given its trend in the last several days, Robert Kiyosaki, renowned businessman and the best-selling author of “Rich Dad Poor Dad,” said the “biggest fake” of all is the stock market.

The U.S. stock market is moving similarly to crypto

Throughout the past ten years, the crypto market, except for several accumulation phases, has recorded a relatively high level of volatility throughout extended periods of time.

The large price movements in the crypto market can be attributed to two main factors:

As of March 28, the total market capitalization of Bitcoin stands at around $121 billion. That is, smaller than most top conglomerates in the U.S. and about 1.5 percent of gold.

The small market cap of Bitcoin already leaves the dominant cryptocurrency vulnerable to high volatility, and when that is put together with highly leveraged trades through exchanges that offer up to 125x leverage, it increases the probability of massive short or long squeezes.

After dropping to as low as 18,371 points, the Dow Jones Industrial Average (DJIA) has been showing similar levels of volatility as the crypto market, possibly as an immense amount of put options get liquidated or take profits at low levels.

The stock market is seeing a short squeeze of a sort, as put option holders begin to capitalize on their bets as top indices fall to levels unseen in years.

Looking at the abnormally large movements in the U.S. stock market, Kiyosaki said:

Fundamentals have not changed for the U.S. stock market in the past week; the number of coronavirus cases is still increasing rapidly and the unemployment rate remains at a record high.

As such, the recovery of the stock market is primarily triggered by squeezes of put options, like crypto in early March.

It goes onto show that the world’s largest markets with deep liquidity are still vulnerable to “manipulation” to a certain extent, as Kiyosaki explained.

What’s next for the market?

The Bitcoin price has not shown any clear correlation with the U.S. stock market since March 23. It has been moving independent of most assets, including gold and other safe-haven assets.

As scientists predict the peak of the coronavirus pandemic to be at least four weeks out, both the crypto and stock market remain at risk of seeing a deeper pullback in the near-term.

The United States Federal Trade Commission (FTC) is blowing the whistle on of a new Bitcoin blackmail scam—one purportedly targeting men with a disposition for extramarital “activity.” According to the government’s consumer protection watchdog, allegedly unfaithful men are being sent letters by scammers demanding a “confidentiality fee,” payable in Bitcoin, in return for silence.

The United States stock market has had a great past few days, with all of the benchmark indices rallying as bulls attempt to establish a long-term bottom.

The United States stock market has incurred some notable upwards momentum today, marking an extension of that which was first incurred yesterday.