Since the $3,800 bottom, Bitcoin has done surprisingly well, rallying as high as $7,100 just this weekend to register an 87 percent recovery. 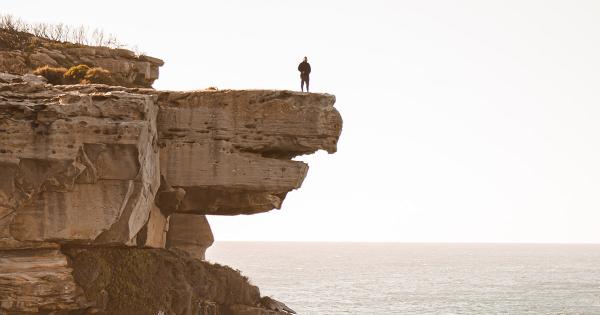 Since the $3,800 bottom, Bitcoin has done surprisingly well, rallying as high as $7,100 just this weekend to register an 87 percent recovery. Altcoins followed suit, posting similar gains to the crypto market’s leader.

Despite this convincing bounce, which has been cemented by days of accumulation in the mid-$6,000s, above the key supports in the low-$6,000s, a prominent cryptocurrency trader is not convinced that Bitcoin is ready to head much higher. Here’s why.

Over the past few months, J0e007 (Joe) has become one of the most prominent members of the Bitcoin trading community, bagging insane profits month over month.

Data from Bitfinex’s leaderboard suggests that the trader has secured $20.1 million worth of realized Bitcoin trading profit in the past 30 days, adding to the dozens of millions he made in months prior.

It should come as no surprise, then, that when he talks, people listen.

On Mar. 25, Joe warned that the expectations that Bitcoin has decisively bottomed and will reverse into a bull market are unfounded, explaining that a “V-bottom recovery […] within a week of ‘capitulation’ would be some unprecedented new price pattern for Bitcoin.”

V-bottom recovery to the tune of 3K point up within a week of "capitulation" would be some unprecedented new price pattern for Bitcoin. "But this time it's different!" – oh, yes, of course. How silly of me to forget… https://t.co/ElzY44HRYu pic.twitter.com/UODXA8eJrS

He doubled down on the sentiment that the bottom is not entirely formed in a later message, writing in a tweet that was dripping with sarcasm that there’s “nothing to worry about, like, at all.”

His skepticism of the crypto market’s recovery makes sense. Yesterday we saw a -16 percent miner difficulty adjustment to account for miners turning their machines offline.

As can be seen in the chart this writer altered below, each bottom in the Bitcoin market that has been marked by a downward difficulty adjustment was followed by months of accumulation near the bottom prior to a resumption of a bull trend — not an immediate rebound like the one we’ve seen in the crypto market over the past week.

As much as investors want Bitcoin to take off right now, we're about to see a -16% difficulty adjustment.

If history rhymes, we're going to see months of accumulation prior to the next big bull market phase. pic.twitter.com/vZuIPIBT1T

Long-term outlook anything but bearish.

Despite the trader’s assertion that a v-shaped bottom is nigh impossible, the consensus amongst analysts is even if Bitcoin’s price isn’t going up, its fundamentals are now growing stronger than ever before.

Per previous reports from CryptoSlate, Placeholder’s Chris Burniske, the analyst who coined the term “crypto-assets,” said that the coronavirus crisis will only have “strengthened” crypto’s fundamentals, highlighting how crises “reveal the flaws of the old system”:

What specifically he was referring to was the anticipation of an inflationary shock to (and a potential collapse of) fiat money in the coming years due to the unorthodox monetary and fiscal response to the crisis.

Burniske’s point was echoed by ex-Goldman Sachs executive Raoul Pal, who recently couldn’t “express how bullish [he is] on Bitcoin,” plainly arguing how this crisis has ensured that “all trust” in the “entire system” is lost to the ether.