The Libra Association announced that it will pursue a payment system license under the Swiss Financial Market Supervisory Authority’s (FINMA) supervision. 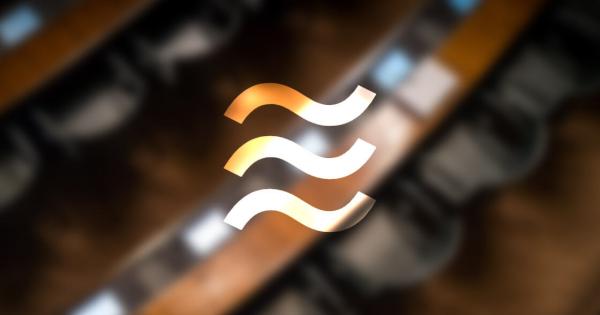 The Libra Association announced that it will pursue a payment system license under the Swiss Financial Market Supervisory Authority’s (FINMA) supervision. The group, which oversees Facebook’s controversial cryptocurrency, chose Switzerland as its main regulator despite scrutiny from U.S. lawmakers.

Libra continues its push to be regulated by Swiss authorities

One of the most highly contested projects both in the crypto and finance is set to continue its development despite severe pushback from regulatory authorities. Facebook seems to have gone against warnings from the U.S. Senate and has set its eyes on a country with some of the most lenient financial laws in the world.

The Libra Association, a group of companies and investors charged with overseeing the development of Facebook’s Libra cryptocurrency, announced that it has applied for a payments license in Switzerland. The news, announced on Twitter on Sep. 11, was detailed in a press release.

According to the release, the Geneva-based organization submitted a request to FIMNA, the Swiss Financial Market Supervisory Authority. In the request, the Association asked for clarification on how Libra will be regulated under local laws and said it intends to file an application for a license as a payment system.

The Association said it chose Switzerland as its home as it would allow it to harness Switzerland’s role as a “nucleus for international organizations.” Dante Disparte, Libra Association’s head of policy and communications, said that this was an important step in Libra’s project evolution.

“We are engaging in constructive dialogue with FINMA and we see a feasible pathway for an open-source blockchain network to become a regulated, low-friction, high-security payment system,” he said in the release.

While Swiss regulators might not put as much pressure on Facebook as Washington did, the country’s main supervisory body won’t go easy on Libra. Just hours after the Libra Association announced they would be seeking a payments license, FINMA published its stablecoin guidelines.

In the guidelines, the regulator acknowledged that it had received a request from the Association and gave an initial indication of how it would apply the relevant Swiss regulation on Libra.

According to FINMA, Libra falls under the financial market infrastructure regulation and would require a payment system license based on the Financial Market Infrastructure Act (FMIA). As all Swiss payment systems are automatically subjected to the Anti-Money Laundering Act, Libra’s entire ecosystem would have to be subjected to the highest international AML standards.

Libra’s cryptocurrency would be subject to additional regulatory requirements, mainly concerning capital allocation (for credit, market, and operational risks), risk concentration, and liquidity, as well as the management of the Libra reserve FINMA guidelines said.

To receive a payment system license, the Libra Association would have to bear the risks and returns associated with the management of the Libra reserve. A clear definition of the requirements for managing its reserve and governance would also have to be set, which will require “an internationally coordinated approach.”

This could mean that regulators such as the Financial Action Task Force (FATF) could get involved, as reports have shown that the organization was already looking into Libra. It seems like Facebook is blazing ahead despite regulatory pushback.