Binance said it will be learning from Facebook’s mistakes with Libra, taking an even “more conservative” approach with its stablecoin, Venus. 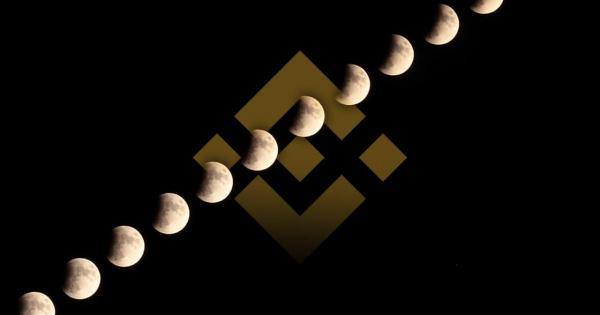 Binance said it will be learning from Facebook’s mistakes with Libra, taking an even “more conservative” approach with its stablecoin, Venus. Besides compliance, it differs from Libra in that it will primarily focus on partnering with governments in Asia.

Binance looking to take on Facebook with a regulatory-compliant stablecoin

With the eyes of the entire world pointed at Facebook, who has been struggling to get its cryptocurrency project Libra off the ground, the climate has never been worse for stablecoins and their issuers. Regulatory bodies around the world might disagree on how to police the relatively new industry, but they all seem to agree on one thing—it desperately needs policing.

When the world’s largest cryptocurrency exchange announced its own plans to launch a Libra competitor, the crypto community quickly shrugged off the news believing it had little to no chance of succeeding.

But Binance has been hard at work on Venus, its initiative to develop localized stablecoins across the globe. And, has seemingly decided to take on a much different approach than Facebook’s highly contested Libra.

Binance’s co-founder He Yi said that, unlike Libra, the company will focus on engaging with local regulators to help get the project going, according to an interview with Bloomberg.

“If we want to launch Venus in a country, we’ll make sure it complies with the regulations,” she said.

He said that the company’s “more conservative” approach to Venus means that the project’s technological developments will be significantly downplayed. She explained that Binance will focus on partnering with governments and companies to make sure the localized stablecoins it issues are in line with each country’s financial regulations.

To distance itself more than Libra, Binance plans to only target non-Western markets with Venus. He told Bloomberg that the company’s main target will be China, calling Venus a “Belt and Road version of Libra,” referencing the One Belt, One Road initiative in the country. While Binance is yet to reveal a detailed expansion plan for Venus, He Yi’s statements indicated that the company plans on targeting areas that follow China’s ambitious infrastructure expansion initiative as well.

And while Binance’s Venus announcement in China called for governments to launch a regulatory sandbox that would monitor stablecoin issuance, there’s a slim chance it will help it reduce the administrative hurdles Libra has and will continue to face.

Hu Tao, the founder of Beijing-based crypto research platform TokenInsight, said that Binance’s attempts to present itself as ‘government-friendly’ won’t do much to help it gain regulatory approval.

“So far regulators around the world can’t gauge precisely the potential risks stable coins will bring to their financial systems, and that’s why they are very careful about Libra-like currencies,” he told Bloomberg.

And, considering that Binance is known for engaging in regulatory arbitrage and moving operations to more lax jurisdictions, there are certainly questions around the exchange’s image among regulators.

Seeing how China has been pushing for the release of its own state-backed stablecoin and shutting down local cryptocurrency exchanges, it seems like Binance is up for a tough battle.