Following a massive sell order of more than 15,000 ETH that triggered a noticeable Bitcoin slump, another Ethereum whale set a buy order for almost 20,000 ETH on Binance. 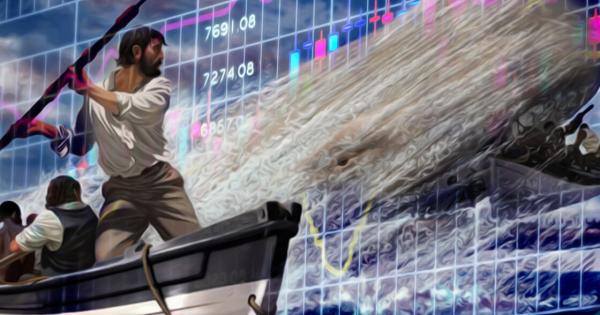 Following a massive sell order of more than 15,000 ETH that triggered a noticeable Bitcoin slump, another Ethereum whale set a buy order for almost 20,000 ETH on Binance. First thought to be a spoof, the order was quickly filled but prompted a widespread discussion on whether this was another whale’s attempt to manipulate the market.

Ethereum recovers after a major slump

After an extremely bearish week, the crypto market started to show signs of recovery in the past 48 hours. While many believed that the slump was caused by Bitcoin reacting to a slew of negative news coming from U.S. politicians, it is possible the world’s second-largest cryptocurrency that initiated a bearish trend.

Chico Crypto, a crypto YouTube channel, claims that the latest Bitcoin slump was caused by an Ethereum whale. According to his video, a crypto whale or a trading group put a mass-market 15,000 ETH order on Bitstamp, which immediately dropped the price from $220 to $190—a 13.6 percent decrease.

The drop affected the to other (highly correlated) cryptocurrencies, dragging Bitcoin below the $10,000 mark.

However, Ethereum managed to recover well from the crash, but not thanks to a healthy increase in market activity. Su Zhu, the CEO of Three Arrows Capital, pointed out on Twitter that another Ethereum whale has been slowly accumulating ETH in the past couple of weeks.

Another whale pushes Ethereum into the green

Zhu then shared a screenshot of buy orders placed on Binance earlier today, which showed that the whale put out an order for almost 20,000 ETH.

He also indicated that he had been following the whale’s behavior in the past weeks, saying that according to his calculations he’d already bought around 300,000 ETH or an equivalent to 7,000 BTC (roughly $70 million).

The massive order seems to have ignited some action in the ETH/BTC trading pair, pushing ETH over the $200 mark in a matter of hours. The world’s second-largest cryptocurrency is trading at around $222 at press time.

After the news about the 20,000 ETH order broke on Twitter, users began to speculate whether this was a prop bid. Prop bids are often placed to inflate the price of a coin and are quickly pulled if it begins to fill. The opposite of a prop bid, called a loading wall, is also used to scare retail investors into a selloff.

However, the order started getting filled within minutes of placing, with many pointing out that the same whale had been on a buying spree for quite a while and that the orders were real.

Usually I’d agree, but I disagree here. Whoever this entity is had a 350+ BTC buy wall the other night, and I watched the entire order get sold into piece by piece

I don’t see this as bullish or bearish

It's been getting filled though bud. And he got his 450BTC wall filled last week too.

It is still too early to tell how this will affect Ethereum’s price. Data from CoinMarketCap has shown that ETH has lost around 2 percent of its value against BTC in the past 24 hours but has gained almost 5 percent in USD terms.