Following President Trump’s derisive tweet about Bitcoin, United States Secretary of the Treasury Steven Mnuchin held a briefing on regulating Bitcoin and Facebook’s Libra because of their use in criminal activity and the threat they pose to the financial system. 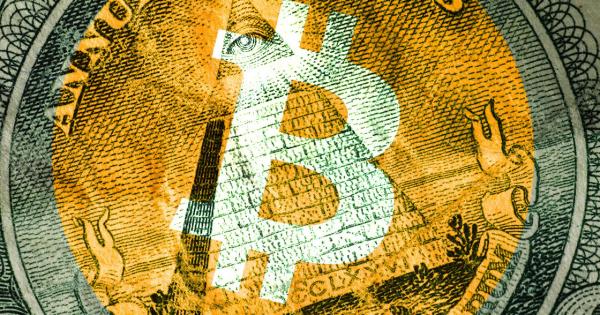 Following President Trump’s derisive tweet about Bitcoin, U.S. Secretary of the Treasury Steven Mnuchin held a briefing on regulating Bitcoin and Facebook’s Libra because of their use in criminal activity and the threat they pose to the financial system.

An hour ago the U.S. Department of Treasury held a briefing to express its stance on cryptocurrency. The briefing was focused on the “misuse” of crypto stemming from its ability to circumvent regulations due to its pseudo-anonymity and decentralization. These qualities may jeopardize the U.S. financial system, Mnuchin suggested.

The Treasury on Bitcoin

Mnuchin first emphasized that Bitcoin and other cryptocurrencies are often used by criminals looking to circumvent U.S. controls:

“I will focus primarily on the serious concerns the Treasury has of the growing misuse of cryptocurrency by money launderers, terrorist financiers, and other bad players.”

“Cryptocurrency such as Bitcoin have been exploited to support billions of dollars of illicit activity like cybercrime, tax evasion, extortion, ransomware, illicit drugs, human trafficking. Many players have used cryptocurrency to support their maligned behavior—this is indeed a national security issue.”

This association is not surprising. Silk Road was partially responsible for accelerating the adoption of Bitcoin while it was still gaining critical mass, while its application in illegal activity is one of the cryptocurrency’s major use-cases.

“If you think you’re going to use Bitcoin to go on the dark web… you’re gonna get caught,” Mnuchin asserted.

As such, it’s not surprising that the focus of the Treasury is on criminal uses and how businesses which transact or deal in cryptocurrency must comply with the proper regulations.

The Treasury’s stance was clear. Whether it’s Bitcoin or Facebook, those using distributed ledger technology must implement the same anti-money laundering laws and comply with the Banking Secrecy Act and FinCEN, just as banks do. However, it’s unclear how the Treasury Secretary expects a decentralized entity, such as Bitcoin, to comply with these regulations.

To enforce those goals, the U.S. will go to “great lengths” to ensure that both domestically and internationally that cryptocurrency is regulated.

“Regulation does not stop at the U.S. border. FATF, known as the ‘global standard setter’ for AML/CFT  [anti-money laundering and Countering Financing of Terrorism Act of 2009], adopted comprehensive measures on how countries must regulate and supervise activities and providers in the space. This is a major step towards harmonizing international regulations concerning cryptocurrencies.”

The Department of Treasury also recently established the financial stability oversight council (FSOC) working group over digital assets, allowing “key” regulators such as FinCEN, the Federal Reserve, the CFTC, and the SEC to work together to combat “risks” posed by cryptocurrency.

The primary reason, as expressed by Mnuchin, is to maintain the dominance of the dollar as the world’s reserve currency and to ensure the U.S. financial systems remain secure.

“The Treasury takes very seriously the role of the U.S. dollar as the world’s reserve currency. We will continue our efforts to protect our country and secure the U.S. financial systems.”

This implies that Bitcoin and Facebook’s Libra have the potential to jeopardize this stability. Finally, for those looking to invest in Bitcoin, the Treasury Secretary had this to say:

“I tell them to be careful. They should be clear why they’re investing in them. There are a lot of good things to invest in, obviously we know about. Our number one issue is one, we don’t want bad actors using cryptocurrencies. To a large extent these cryptocurrencies have been dominated by illicit activities and speculation, we will make sure the general public and investors and understand what they’re investing in, and whether it’s the SEC or other regulators, that there are proper disclosures.”

The Treasury Department also expressed “serious concerns” that Libra could also be used to support illicit activity. Representatives from Calibra, Facebook’s subsidiary for the cryptocurrency, have had several discussions with regulators so far, according to Mnuchin.

“The principals, or at the deputy’s level, we’ve had multiple meetings across the regulators with representatives with Facebook to express our concerns.”

Money service businesses and cryptocurrency money transmitters are subjected to compliance examinations just like any other bank, under the Banking Secrecy Act, assert Mnuchin. The Treasury will not allow digital asset providers to “operate in the shadows.”

Yet, that’s not to say that the government is completely unwilling to allow Facebook to issue a cryptocurrency.

“The Extent Facebook can do this correctly, and can have a payment system, correctly, with proper AML, that’s fine. They got a lot of work to do to convince us to get to that place.”

However, at the current stage it seems that the government is “uncomfortable” with where Facebook’s Libra is at today, as evidenced by Mnuchin’s response to a question later in the briefing:

“I didn’t say I was comfortable with [Facebook] launching a currency. I’m not comfortable today. Let me be careful, as I’ve said. They and others have a lot of work to do before they get us comfortable.”

This stance mirrors President Donald Trump’s view that if “Facebook and other companies want to become a bank, they must seek a new Banking Charter and become subject to all Banking Regulations, just like other banks.”

“The U.S. welcomes responsible innovation including new technologies which may improve the efficiency of the financial system and expand access to financial services. That being said, with respect to Facebook’s Libra and other developments in cryptocurrencies, our overriding goal is to maintain the integrity of our financial system and protect it from abuse.”

Overall, the regulatory environment is intended to be a “level playing field” for all actors wishing to operate in the space.

Yet, so far it seems the only entities that can effectively navigate the full gamut of U.S. financial regulations are the big banks. 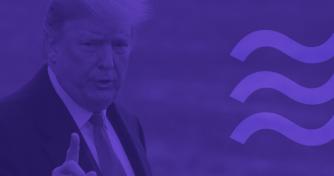 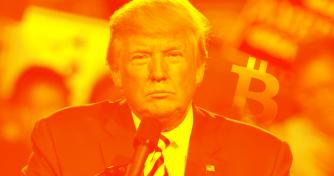 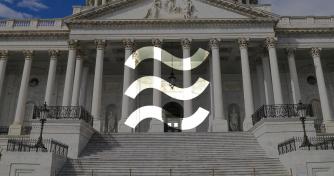 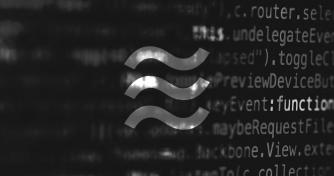 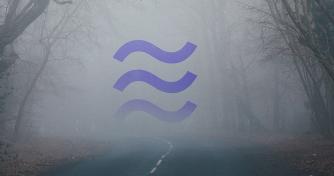