An Ethereum wallet bought roughly $400,000 worth of tokens that were going to be listed on Coinbase before the company made the information public. 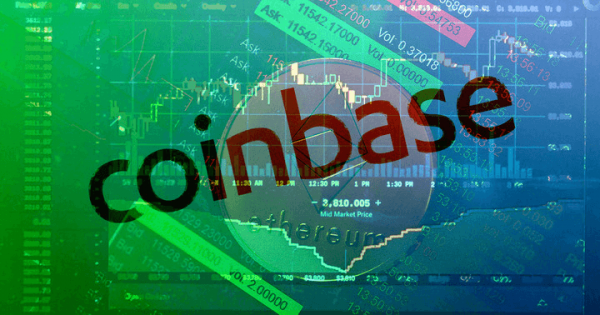 Coinbase has announced that it’s considering listing new tokens on its platform, but that’s not the news; popular crypto guy Cobie discovered an Ethereum address that bought roughly $400,000 worth of the listed tokens 24 hours before the exchange’s announcement.

Found an ETH address that bought hundreds of thousands of dollars of tokens exclusively featured in the Coinbase Asset Listing post about 24 hours before it was published, rofl pic.twitter.com/5QlVTjl0Jp

The wallet in question completed all of its purchases roughly 3 minutes before Coinbase made its announcement. Although it is impossible to tell if the person had insider knowledge, the fact that it only bought tokens that were going to be listed has given rise to suspicion among the community.

After the public announcement, the value of the tokens rose, which is not surprising as the initial listing on Coinbase tends to pump the token value if only for a short time. The tokens bought by the wallet are now worth $572,000.

The tokens in question are Indexed (NDX), DappRadar (RADAR), Kromatika (KROM), Paper (PAPER), DFX Token (DFX), and RAC (RAC). The wallet spent a large amount on each token, which points to a strategic investment.

Interestingly, Coinbase recently said in a blog post that “it plans to regularly reveal which digital assets are currently “under consideration” for listing on its platform ahead of time” in an effort to prevent pump and dump schemes.

In 2021, OpenSea confirmed that one of its employees was using burner wallets to buy NFTs before they were publicly listed. He would then flip them later for a profit.

Meanwhile, 2022 has seen several suspicious incidents related to insider trading in the NFT sector. For example, when Yuga Labs acquired Meebits and CryptoPunks IP rights in March, there were rumors about possible insider trading.

A few weeks later, speculation emerged that Alexander Arnault might have had insider information when he placed bids for the rarest HypeBears NFTs.

Insider trading in NFT and the general crypto space is not technically “illegal” as it is largely unregulated, but it is still considered highly unethical. Meanwhile, Coinbase being a publicly listed company means it is likely to face more regulatory scrutiny.