Ethereum developer reveals public, multi-client testnet for ETH 2.0 is a “week away” 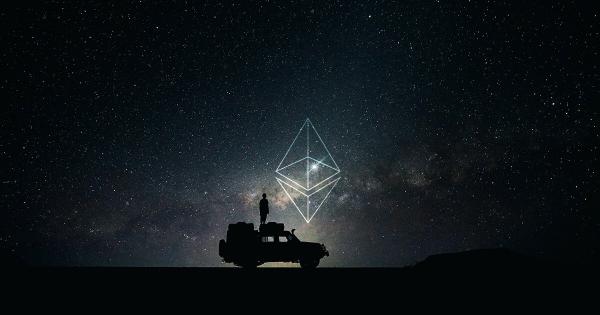 ETH 2.0, the long-awaited update for Ethereum to shift from a Proof-of-Work consensus protocol to a Proof-of-Stake system, is cobbling along for a release.

Rumored to go live in July and then confirmed by co-founder Vitalik Buterin to be a baseless theory, ETH 2.0 remains one of the most sought-after developments in the cryptocurrency industry, with both technologists and investors having their reasons for the protocol’s swift launch.

On Wednesday, Ethereum developer Danny Ryan posted a blog on the Ethereum Foundation’s website, giving a few insights on current developments and what to look forward to in the next few weeks.

Ryan wrote that ETH 2.0’s first public, multi-client testnet is expected to launch within the “next seven days.” He started off saying the update in specifications were not demanding, but the team’s focus on security, optimization, and to “generally harden the clients” took a while.

Called Altona, the testnet will initially be rolled out to client teams — Prysm, Lighthouse, Nimbus, and Teku — testing nodes on the network. Other client teams, including developer Afri Schoeden and unnamed Ethereum Foundation members, will also feature.

Deposit contract addresses, after the initial launch, will be released to allow for open, public participation, noted Ryan. He added Altona is more of a developer-focused testnet than an end-user one, explaining:

“That is, [allows] client teams to sanity check v0.12 software in a production setting and for eth2 engineers as a whole to work through any bugs that might only arise in a multi-client setting.”

Once the above is done, a “larger, community focused testnet” featuring the of 16,384 validators will be open.

As part of the updates, Ryan said a newer deposit contract will be rolled out, one written in the Solidity language instead of Vyper as previously. The change is “entirely transparent” for all existing client and dev tooling.

Reasons for the shift included Vyper throwing up latency issues in security audits and developer tests, with one ConsenSys engineer, Suhabe Bugrara, not recommending the “bytecode as secure as long as it used the Vyper compiler.”

In addition to the Solidity contract and the launch of Altona, Ryan added:

“We’re excited to announce a continuation grant for Sigma Prime’s multi-client differential fuzzing effort – beacon-fuzz. To date, this project has already been a huge success, finding bugs in all of the clients onboarded into the system.”

ETH 2.0 is a piece of art. Last month, Ethereum co-founder Buterin told Defiant’s Camilla Russo that the 1.0 version, as it exists today, will function as an independent “shard” on the new network.

At the time, when asked about the biggest risk in expanding the protocol, Buterin said technical challenges are a more significant concern than “community or political” setbacks.

Ethereum co-founder Vitalik Buterin believes the protocol might play an important role in the future of state-backed digital currencies.