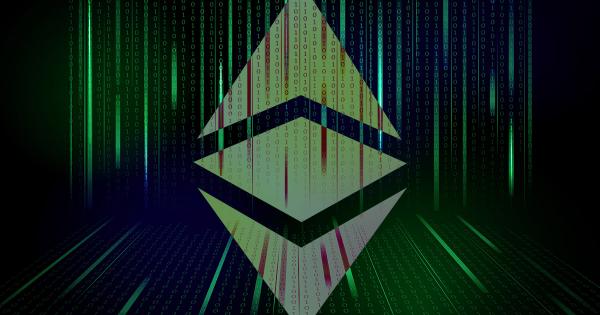 Ethereum Classic (ETC) fell by 13.33% since Sept. 6 after Cardano‘s (ADA) founder Charles Hoskinson suggested Ethereum miners shift to Ergo while Ethereum’s founder Vitalik Buterin said that ETC’s welcoming community made it a good coin to mine.

As the crypto community moves closer to The Merge, eyes have turned to all alts of Ethereum, including ETC. Both Hoskinson and Buterin have been sharing their opinions on where Ethereum miners should turn after the Merge is complete.

Hoskinson Tweeted to invite Ethereum miners to mine Ergo over ETC on Sept. 6.

If you're into proof of work, I'd recommend checking out @ErgoFoundation. Ergo is one of the few coins in the PoW space still innovating and has a great community.

A few hours earlier, he shared his opinions on ETC and said that it was a “dead project with no purpose or real compelling argument to exist.”

Hoskinson had previously suggested implementing a decentralized treasury and setting up a development fund for the ETC. His proposal altered the ETC block rewards allocation to transfer a portion of it to the treasury.

The ETC community rejected this proposal because they didn’t want to be cut from their rewards, which was expressed by Twitter user Maximalist.etc, as a “20% miner tax.”

“ETC still gives me sadness for what could have been.”

Soon after The Merge calendar was published, ETC increased by over 150% throughout July.

On Aug. 23, a Twitter poll was hosted by node operator @cryptovium, who asked which PoW coin Ethereum miners will turn to after the merge is complete and wanted participants to choose between ETC, Ergo, Ravencoin, and FLUX.

Ergo became the clear winner of the poll, taking 45.5% of all votes. FLUX and Ravencoin followed as second and third with 27.6% and 19% of votes, respectively. ETC came last, with just 8% of votes.

However, Ethereum’s founder Vitalik Buterin replied to the poll results and spoke fondly of ETC. He said:

“It’s a very welcoming community and I think they’ll definitely welcome Proof of Work fans…If you like Proof of Work, you should go use Ethereum Classic. It’s a totally fine chain.”

The last time ETC made the news with an upgrade was in September 2020, when the ETC labs partnered with a security firm to prevent 51%  attacks. This decision came only one month after Coinbase‘s decision to delay ETC transactions following the 51% attack on ETC.

Ethereum Classic (ETC) is a continuation of the original Ethereum blockchain – the classic version preserving untampered history prior to the July 2016 DAO hack.. Learn more

FLUX is a unique global gaming platform that unites all parts of the gaming industry ecosystem where players, developers, traders, and the gaming community can transform their time and needs into money using special gaming FLUX COIN.. Learn More