While Bitcoin decouples from the rest of the market, altcoins are lurking without any major price action. Even though some cryptocurrencies that have rallied over the last few days, such as Matic, Harmony and Lisk, most of the altcoins in the cryptocurrency industry have been consolidating. This technical analysis will explore how EOS, Stellar, and Tezos have performed recently and whether they have the potential to surge or plummet.

As a result, the Bollinger bands on the 1-day chart may clarify if EOS is bound for a rebound or to continue declining. Under this timeframe, the Bollinger bands are squeezing which indicates EOS has entered a consolidation phase, which is usually followed by a period of high volatility. The longer the squeeze the higher the probability of a strong breakout. Thus, the range between $4 and $4.60 is a reasonable no-trade zone.

Stellar has been sluggish. This cryptocurrency has not had the same price action as the other top ten coins. While Ethereum surged 353 percent since mid-December 2018, for example, XLM only went up 120 percent. Now, Stellar most of the value that it gained after the bull rally that took it up to $0.162 on May 16 by trading at $0.076 on July 17.

Even though Stellar has taken a major step back, the TD sequential indicator is giving a buy signal in the form of a red nine on the 1-week chart. This bullish signal predicts a one-to-four weeks of upward movement that will be validated once there is a green two candlestick trading above a preceding green one candlestick. Based on historical data, a rebound from the current price level could take XLM to $0.13.

It is worth noting that the bullish signal given by the TD sequential indicator will be invalidated if there is a red two candlestick trading below a preceding red one candlestick, which will give the opportunity to investors for a short trade.

Adding to the bullishness, a double bottom pattern seems to be developing on the 3-day chart signaling a reversal and the beginning of a potential uptrend. This reversal formation was created after XLM went down to nearly touch the same level where it began rallying in Feb. 6.

A spike in volume could be used as a strong indication that this pattern will be validated, which subsequently will confirm the buy signal given by the TD sequential indicator in the 1-week chart. Nonetheless, a move below $0.070 could jeopardize the bullish patterns seen in the 1-week and 3-day chart.

Tezos surged nearly 100 percent over the last month after its team closed a deal worth well over a billion dollars with BTG Pactual, one of the largest investment banks in South America, and Dalma Capital, a Dubai-based asset management firm—in addition to XTZ’s listing on Coinbase Pro. Although XTZ recently reached $1.64, the 1-week chart is signaling that a correction may be underway.

The TD sequential indicator on the 1-week chart is currently giving a sell signal in the form of green nine. This technical index forecasts a one-to-four week correction before the continuation of the bullish trend. The bearish signal will be validated if there is a red two candlestick trading below a preceding red one candlestick.

Last week, a spinning top candlestick pattern formed on Tezos’s 1-week chart. This technical formation represents indecision about the future direction of this cryptocurrency since neither the bulls nor the bears were able to gain control of the price action. However, since the current candlestick is a green nine, per the TD sequential indicator, when combined with the spinning top candlestick pattern the probabilities of a correction increases.

However, a move above the recent high of $1.64, in combination with a green two candlestick trading above a preceding green one candlestick on the 1-week chart, could invalidate the bearish posture. If this scenario presents itself, XTZ could surge to new yearly highs.

Based on the three cryptocurrencies evaluated in this technical analysis, the charts are showing conflicting indicators. While EOS continues its consolidation phase that started nearly a month ago without any clear signs of which direction it will take, Stellar is leaning bullish, and Tezos is signaling that a retracement is in the works.

At the moment, there is nothing compelling about these three cryptocurrencies that will help predict the state of the entire market (besides giving signs of indecision about the short-term future). Before making a big bet additional confirmation is needed. 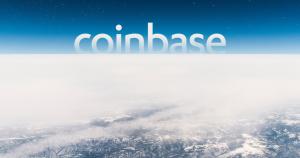