Dragonchain, an enterprise blockchain-as-a-service provider originally developed out of a Disney technology incubator, was awarded a patent for a loyalty system that tracks and monetizes time on the blockchain, according to documents published by the United States Patent and Trademark Office (USPTO). 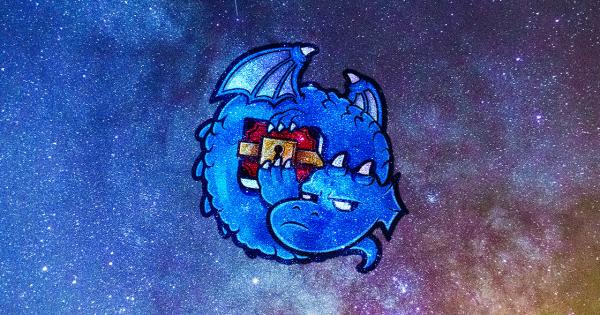 Dragonchain, an enterprise blockchain-as-a-service provider originally developed out of a Disney technology incubator, was awarded a patent for a loyalty system that tracks and monetizes time on the blockchain, according to documents published by the U.S. Patent and Trademark Office (USPTO).

The patent, titled security systems and methods based on cryptographic utility token inventory tenure, describes a new method for creating time-based value systems on a blockchain. The patent is a continuation of an application filed in November of 2018.

According to the company, the system represents time-based scores using a value called the “Dragon Days of Slumber Score” (DDSS). The model shares some similarities with proof-of-elapsed-time based consensus (PoET), which is also used in some permissioned enterprise blockchains.

DDSS has applications in digital assets and loyalty rewards by hardening a blockchain against tampering and gaming by bad actors, said Dragonchain. Joe Roets, founder and CEO of Dragonchain said:

“When you look at existing loyalty programs, the rewards are not proportionate to someone’s actual loyalty. For example, airline rewards are often based on using a credit card to accumulate points, rather than rewarding the time someone has flown with an airline. By monetizing time with blockchain, DDSS creates a new type of value system to recognize true loyalty through immutable measurement.“

The patent is the most recent addition to a “long list” of patents filed or received by Dragonchain. In November 2018, Dragonchain was awarded a patent for Interchain, which aims to allow users to conduct processing across public blockchains such as Bitcoin, Ethereum, and Ethereum Classic.

Dragonchain’s push to patent its technology is part of a larger race among companies to stake intellectual property claims in the emerging field. Last week, StormX, another Seattle startup—was granted a patent for micropayment distributions.

Meanwhile, multinational conglomerates such as Amazon, Mastercard, and Nike are making their own intellectual property claims. At times, these claims run counter to the ethos of the cryptocurrency movement, which tends to value open-source collaboration.

How the open-source ecosystem and these intellectual property claims will interact in the future is still subject to debate.