As sovereign nations globally continue to grapple with the impact of cryptocurrencies, El Salvador will become the first country to adopt Bitcoin as a legal tender through legislation. 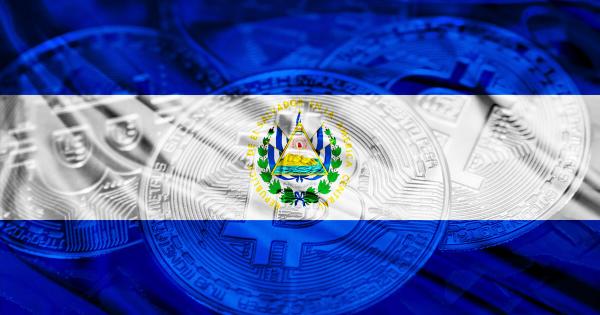 The decision was announced by the country’s President, Nayib Bukele, while speaking during a video broadcast at the Bitcoin 2021 conference held in Miami.

“Next week, I will send to Congress a bill that will make Bitcoin a legal tender,” he was quoted saying.

The President also revealed that the country had entered a partnership with famous digital wallet company, Strike, to build the country a modern financial infrastructure using Bitcoin technology.

President Bukele buttressed the reason for his decision in a series of tweets on Twitter where he had changed his profile picture to the laser eye.

“#Bitcoin has a market cap of $680 billion. If 1% of it is invested in El Salvador, that will increase our GDP by 25%. On the other side, #Bitcoin will have 10 million potential new users and the fastest growing way to transfer 6 billion dollars a year in remittances.”

Mallers also added that the move would help unleash the power and potential of bitcoin for everyday use cases on an open network that benefits individuals, businesses, and public sector services.

El Salvador, being a major cash-dependent economy, adoption of Bitcoin would lead to more financial inclusion for the state’s citizens. “Financial inclusion is not only a moral imperative but also a way to grow the country’s economy, providing access to credit, savings, investment, and secure transactions,” the President stated.

Crypto enthusiasts have taken the news of this development with joy, as many of them posit that this is an indication that the leading crypto asset is gaining ground globally.

According to Justin Sun, the founder of TRON, the move by the American country will lead to more crypto investors and entrepreneurs moving there.

Crypto investors and entrepreneur will start to move to El Salvador! #Bitcoin

MicroStrategy’s chief executive and a leading voice for Bitcoin, Michael Saylor, also tweeted, “Welcome to Bitcoin.” At the same time, Caitlin Long, the CEO of Avanti Bank, hailed the announcement as a historic day in the history of Bitcoin.

1/ THREAD ABOUT A HISTORIC DAY in #bitcoin: #ElSalvador president publicly announced support for legislation to make #BTC legal tender. *IF* it does become law, it wld have many secondary effects. Steel yourselves bc a big fight on this probably coming thohttps://t.co/BrrNxaLzpZ

CZ, the top executive of leading crypto exchange Binance, asked his followers to predict the next country that would be adopting BTC before adding, “El Salvador is beautiful.”

END_OF_DOCUMENT_TOKEN_TO_BE_REPLACED

Caitlin Long is a 22-year Wall Street veteran who has been active in bitcoin and blockchain since 2012.