Court transcripts from Craig Wright’s June 28 Florida hearing showed that not only did he fail to comply with court orders to disclose his Bitcoin addresses, but he did so “willfully.” While there is another hearing scheduled later this summer, there’s more than enough evidence to hold Wright in contempt of court. 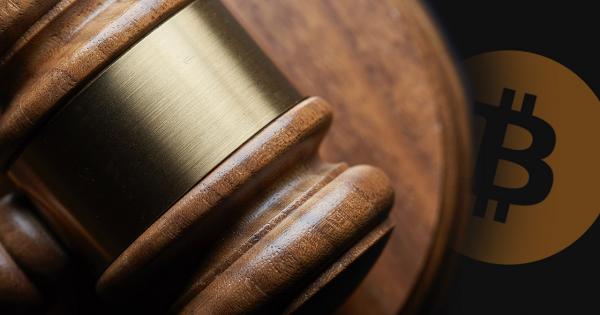 Court transcripts from Craig Wright’s Jun. 28 Florida hearing showed that not only did he fail to comply with court orders to disclose his Bitcoin addresses, but he did so “willfully.” While there is another hearing scheduled later this summer, there’s more than enough evidence to hold Wright in contempt of court.

After Wright failed to disclose his Bitcoin holdings on several occasions, a federal court in Florida ordered a hearing on Jun. 28 as to whether he should be held in contempt of court. And while the hearing was closed to the public, court transcripts were recently made available which showed that the ordeal didn’t go that well for Wright.

The hearing was to determine whether or not Wright should face sanctions for his violation of court orders earlier this year. Immediately after the hearing, inside sources revealed that emotions ran high and that Wright was reprimanded by the court several times.

After the court transcripts became available to the public, a much clearer picture of what occurred at the hearing started to appear. Daniel Kelman, an attorney whose analysis of the Wright vs Kleiman case CryptoSlate covered recently, provided an in-depth analysis of the hearing, saying that there is no doubt that Wright will be held in contempt.

According to Kelman, three elements needed to be fulfilled for the court to hold Wright in contempt. Firstly, it had to be proven that Wright understood the nature of the court’s order to produce the addresses of his Bitcoin holdings. Secondly, Wright had to fail to comply with the order and not produce the addresses. And finally, the court had to find that Wright had done everything above willfully.

As it’s clear that Wright had not produced the addresses, the judge tried to establish whether he violated the first and second element in order to hold him in contempt.

Court transcripts showed that Wright was directly examined by his own lawyers. This was most likely done to show that Wright’s inability to produce his Bitcoin addresses was not willful. To prove this, the defense showed emails that were later found to have been altered.

The weak arguments forced judge Bruce Reinhard to intervene and question Wright himself. Kelman argued that while Wright’s claims that he cannot unlock the trust that holds the addresses are technically correct, the judge wanted to prove that he failed to inform the court about that for almost six months.

Judge Reinhard’s examination quickly established that Wright clearly understood the court’s orders and knew that he had to personally produce the Bitcoin addresses with his and Dave Kleiman’s alleged Bitcoin funds.

With the first and second element of contempt fulfilled, the only thing left for the judge to prove is that everything was done “willfully.”

The judge’s questions quickly showed that Wright knew that he had no way of retrieving the keys needed to unlock his Bitcoin holdings. That means that Wright could have informed the court of this on three separate occasions, but willfully chose not to.

It looks like Wright’s latest hearing did very little to increase his credibility with the court. The grounds for contempt against Wright have already been established, and the court is expected to make a final verdict in August. The court will decide between fines and incarceration, but could also issue a default judgment to Kleiman.

Wei Liu, a Chinese citizen with a residence in California, filed a copyright claim to the Bitcoin Whitepaper with the United States Copyright Office.