Craig Wright, the controversial creator of Bitcoin SV claiming to be Satoshi Nakamoto, could be facing jail time for fraud. 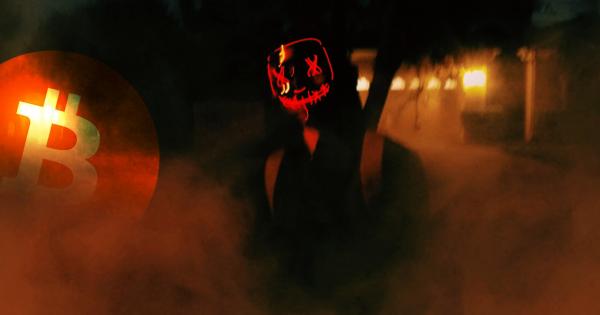 Craig Wright, the controversial creator of Bitcoin SV claiming to be Satoshi Nakamoto, could be facing jail time for fraud. Documents from a Florida court proved that Wright committed perjury, as his defense contradicts an affidavit he previously submitted to an Australian court.

Craig Wright, the chief scientist at nChain and self-proclaimed Satoshi Nakamoto, shows no signs of stopping. After invoking the ire of the crypto community by suing UK podcaster Peter McCormack for libel, Wright went on to focus on a much bigger legal battle he faces in the United States.

Namely, Wright has been embroiled in a lawsuit with Ira Kleiman, brother of the late David Kleiman, who he claims helped him develop Bitcoin. Kleiman sued Wright for allegedly stealing 1.1 million BTC from W&K Info Defense Research, a company Wright and David Kleiman founded and operated.

After refusing to reveal his Bitcoin holdings and appear in front of a judge, the Southern District of Florida court ordered him to appear at mediation on Jun 18 to address the allegations against him. Wright previously filed a motion to postpone the case and be allowed to attend the mediation through video conference. The motion was rejected by the U.S. District Judge Beth Bloom.

However, the court documents also revealed that Wright has committed fraud, for which he could face up to five years in prison and various fines. According to the documents, after being accused of stealing over $11 billion worth of BTC, Wright “filed a sworn declaration that is incontrovertibly false based on an affidavit and supporting evidence he previously submitted to an Australian court.”

The lawsuit against Wright alleges that he and Dave Kleiman mined over 1.1 million bitcoins through their jointly owned company called W&K and that after Kleiman’s death, Wright took unlawful possession of all the bitcoins and intellectual property of the company.

After receiving a complaint from Ira Kleiman and the Kleiman estate, Wright filed a motion with an Australian court saying he had no connections to Florida or W&K. He then supported these claims with a sworn declaration stating he was never a shareholder, member, agent, employee, or representative of W&K.

But, most importantly, he swore, under penalty of perjury under the laws of the United States, that he’d never exercised authority or control over W&K.

However, it was found that Wright submitted an affidavit to the Supreme Court of New South Wales, where he confirmed that he owned 50 percent of W&K Info Defense LLC, while Kleiman owned the other 50 percent.

He then doubled down, saying that “W&K Info Defense LLC was an incorporated partnership” and that “all shares are held jointly.” According to the court documents, Wright also said he called a “shareholders meeting” in 2013, where he was the sole vote that nominated the director of the company.

The affidavit directly contradicts sworn statements Wright had made to the court in Florida, where he asserted that he had never been a shareholder or a member of W&K and that he never exercised any authority or control over the company.

Documents which Wright signed as the “authorized representative” of W&K were revealed, as well as multiple occasions on which he identified himself as the lead researcher of the company.

The crypto community has responded strongly to these new developments, with many coming up with further evidence showing Wright contradicting himself on various occasions. Others have come up with their own theories on why he claimed to be Satoshi Nakamoto in the first place.

"I remember reading about it"

Is not what you say when you wrote it….